Normally every film based on love story has a common story line like hero and heroine fall in love, families are against them or their is a villain, that’s all but NRI Producer, Director & writer Mohammed Shamim Khan says that this film has new twists in it.

Shamim says film is based on story of college students of two different college “DDLJ” and “DON” wherin films hero Rahul (Shahnawaj Khan), Anupama (Kanika) & Nilofer (Charu Ashopa) all three are students of DDLJ and students of DON are having cruel and aggressive types of students. Once Rahul gets angry with one of colleague and starts beating him, Anupama feels bad about it and argues with Rahul, then Nilofer comes between them and tries to calm them down, and Rahul falls in love with Anupama. But Anupama starts hating Rahul as she likes simple and sober boys, she doesn’t want to believe that Rahul is cool and calm guy. Rahul seeks help of Nilofer to win Anupama’s love, Nilofer tries to clear Anupama’s misunderstanding but in vain. 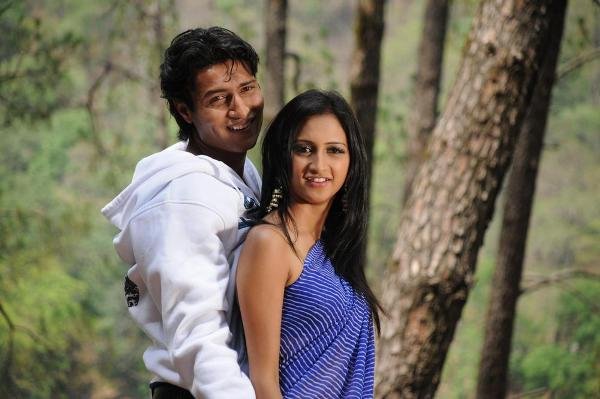 Meanwhile Rahul gets deeply attached with Anupama, he keeps pressurizing Nilofer, but Nilofer is helpless as she also loves Rahul but she knew it is one side love. Once student of DON college beats Rahul almost to his end, Rahul gets hospitalized but Anupama doesn’t comes to meet him. Principal of DDLJ college (Sudesh Berry) also have dislikes about Rahul, but sports teacher (Aman Verma) likes Rahul and he explains Rahul to lead a good life and wants to make him sportsman, but Rahul is a lover not Sportsman, but sports teacher changes his mind and Rahul improves. Now what happens Rahul is able to win Anupama’s love or Nilofer gets Rahul’s love is to be seen on big screen. This film has been shot in Mumbai, Lucknow and Nainital. Film has music by Praveen, Manoj, Mikki Narula & Rigdev, lyrics are by S M Fusail, Mohammed Shamim Khan and Yudhvir Singh, cinematography by Tapas Lawrence and Publicity by Media Relations (Krishnamohan Srivastava).