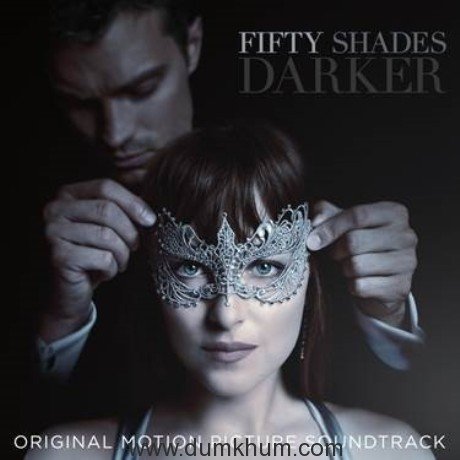 With a No.2 record for the first series “Fift Sahdes of Grey” soundtrack,The Fifty Shades Darker soundtrack debuts at No. 1 on the Billboard 200 chart this year with chart breaking songs by Zayn and Taylor swift,Hasley,Sia and many more.

The album earned 123,000 equivalent album units in the week ending February according to Nielsen Music of which a sum of 72,000 compiled of traditional album sales. The set was released through Universal Studios/Republic Records on the 10th of February with the leading hit single “I Don’t wanna live forever “by Taylor Swift and Zayn Malik.

The “Fifty Shades Darker” album features 19 songs in total and is one of the first albums to reach atop after Suicide Squad album.Its first series Fifty shades of Grey made it to No.02 in 2015 with the set hitting it really well across the globe along with a record breaking sale. The Fifty Shades Darker soundtrack also staved off artists’ post-Grammy sales surges as the compilation tied up Number One on the Billboard 200.

The soundtrack features 19 songs with a handful of covers and original singles from renowned artists.In addition the soundtrack also features some instrumental pieces by esteemed composer Danny Elfman along with original contributions from the likes of Tove Lo, Sia, The-Dream, John Legend, and Nick Jonas and Nicki Minaj and many more. The soundtrack is really grooving its way across to the top globally.