Industry Achieves 12 per cent Growth in 2011; is projected to Grow

at CAGR of 15 per cent Over Next Five Years

In 2011, the Indian Media & Entertainment (M&E) industry registered a growth of 12 percent over 2010 and touched INR 1,457 billon, says FICCI-KPMG report. The growth trajectory is backed by strong consumption in Tier 2 and 3 cities, continued growth of regional media and fast increasing new media business. Overall the industry is expected to register a CAGR of 15 percent to touch INR 1457 billion by 2015.

The report will be formally released at the inaugural session of FICCI FRAMES 2012 on March 14, 2012.

2011 has been a challenging year not just for the Indian M&E industry, or even the Indian economy, but for the larger world economy. While India is still expected to grow at a healthy pace, growth is projected to be lower than earlier expectations.

While television continues to be the dominant medium, sectors such as animation & VFX, digital advertising and gaming are fast increasing their share in the overall pie. Radio is expected to display a healthy growth rate after the advent of Phase 3. Print, while witnessing a decline in growth rate, will still continue to be the second largest medium in the Indian M&E industry. Also, the film industry had reason to cheer with multiple movies crossing the 100 crore mark in domestic theatrical collections and 30 crore mark in C&S rights.

Advertising spends across all media accounted for INR 300 billion in 2011, contributing to 41 percent of the overall M&E industry revenues. Advertising revenues witnessed a growth of 13 percent in 2011 as against 17% observed in 2010.

According to Mr Yash Chopra, Chairman, FICCI Entertainment Committee, “2011 was clearly the year where digital technologies began to deliver on their promise. Digital film distribution has helped wider film releases and helped control costs. In television, the digitization of cable will transform business models of all stakeholders and offer consumers more choice and convenience. Even as Digital generates new opportunities, it also brings with it challenges that the industry must solve more urgently than anticipated.” 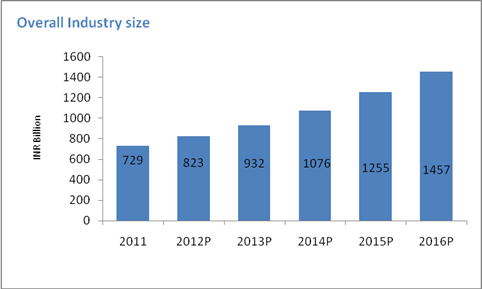 In terms of performance, 2011 proved to be a year with mixed results in terms of growth across different sub sectors. The traditional media businesses experienced a slow down compared to last year, especially in the second half of the year. However, the new media segments like Animation and VFX, Online and Gaming businesses witnessed phenomenal growth rates.

According to Mr. Jehil Thakkar, Head of Media and Entertainment, KPMG “The Media & Entertainment industry landscape is undergoing a significant shift. Cable digitization, the promise of wireless broadband, increasing DTH penetration, digitization of film distribution, growing internet use are all prompting strategic shifts in the way companies work. Traditional business models are evolving for the better as a host of new opportunities emerge.” 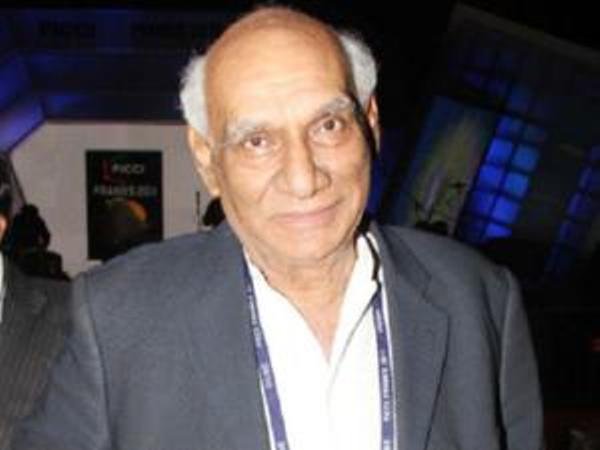 Digital technology continues to revolutionize media distribution – be it the rapid growth of DTH and the promise of digital cable, or increased digitization of film exhibition – and has enabled wider and cost effective reach across diverse and regional markets, and the development of targeted media content.

There has been increased proliferation and consumption of digital media content – be it newspapers and magazines, digital film prints, and online video and music or entirely new categories such as social media. Accordingly, online advertising spends have seen a spurt in growth vis a vis spends on traditional media.

Smart phones, tablets, PCs, gaming devices, etc. all form the foundation of a new wave in media usage.This is gradually impacting the way content is being created and distributed as well. Multiple media including TV, films, news, radio, music etc are being impacted with this change.

New age consumers adapting themselves to the newer technologies

As Indian consumers evolve, there is a heightened need to engage them across platforms and experiences. There is a greater need for integration and innovation across traditional and new media, with changing media consumption habits and preferences for niche content. Media companies today have no choice but to provide more touch points to engage with audiences.

Regional television and print continued its strong growth trajectory owing to growth in incomes and consumption in the regional markets. National advertisers are looking at these markets as the next consumption hubs and the local advertisers are learning the benefits of marketing their products aggressively.

The ARPU (Average Revenue Per User) for television, average Newspaper cost for print and Average ticket price for films continue to be low on account of hyper competition in these industries. Segments like Radio and a significant portion of online content are available free of cost to consumers. Owing to this, the Indian consumer is still not used to paying for content and hence the industry players are sensitive to the impact of the slowdown which affects the budgets of advertisers.

Lastly, apart from the shifts in consumer preferences, company strategies and business models, one big change awaited for the next growth wave is the implementation of recently enacted and regulations on digitisation for cable, implementation of Phase 3 and copyright for Radio and the roll out of 4G. These shifts are expected to be game changers in terms of how business is being done currently and what could be the path going forward.

KPMG is a global network of firms providing professional services. We operate in 146 countries and have 140,000 people working in member firms around the world. The independent member firms of the KPMG network are affiliated with KPMG International Cooperative (“KPMG International”), a Swiss entity.  Each KPMG firm is a legally distinct and separate entity and describes itself as such.

KPMG in India is the Indian member firm of KPMG International and was established in September 1993. It strives to provide rapid, performance-based, industry-focused and technology-enabled services, which reflect a shared knowledge of global and local industries and its experience of the Indian business environment. KPMG provides services to over 2,000 international and national clients in India and has offices in Mumbai, NCR, Bangalore, Chennai, Hyderabad, Kolkata, Chandigarh, Ahmedabad, Pune and Kochi.

For a copy of the report, log on to www.kpmg.com/in

FICCI is the rallying point for free enterprises in India. It has empowered Indian businesses, in the changing times, to shore up their competitiveness and enhance their global reach.

With a nationwide membership of over 1500 corporates and over 500 chambers of commerce and business associations, FICCI espouses the shared vision of Indian businesses and speaks directly and indirectly for over 2,50,000 business units. It has an expanding direct membership of enterprises drawn from large, medium, small and tiny segments of manufacturing, distributive trade and services. FICC maintains the lead as the proactive business solution provider through research, interactions at the highest political level and global networking.