Farhan injured on the sets of Wazir 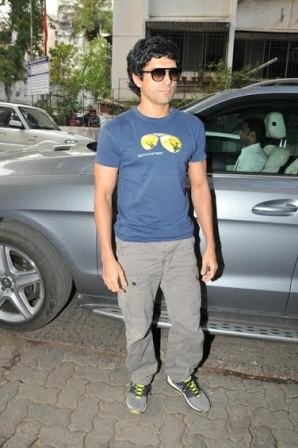 ​Farhan Akhtar was recently badly injured on the sets of his next, Wazir. While shooting an action sequence for the film, Farhan got punched in the wrong spot and he was left in excruciating pain.

He was rushed to the hospital and diagnosed with medial epicondylitis, a condition which affects the tendons of the elbow. This has left his left hand completely immobilized.

The pain too worsened as he could not take painkillers and had to make do with ice compression  ​and ​ elevation. Farhan has been in agonizing pain for the past few days, but rest has helped it ease a bit.​