The various facets of Farhan Akhtar are known to all. But who combines them all better than him ?

Farhan shocked everyone when he underwent a massive physical transformation for Bhaag Milkha Bhaag, which was the first biopic to have entered the 100 crore club. Recently, during one of his concerts in Mumbai with his band, Farhan Live, the performer broke into sets of push-ups on the stage. 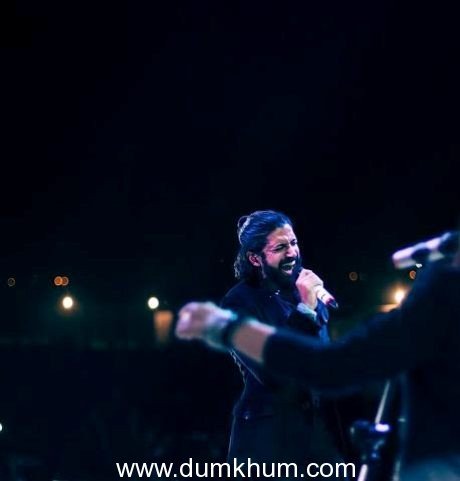 The entire audience started cheering and hooting for him and started calling him Milkha in unison. They also started counting the number of push ups along with him and Farhan crossed the big number of 70 ! Not just that, after finishing his set, he immediately got into the next song even more pumped up.
Spokesperson of Farhan shares, “It was an electrifying moment when Farhan broke into push ups on stage amidst all the singing and performing. The crowd cheered for him throughout.”