Farhan Akhtar is busy composing music for Rock On 2 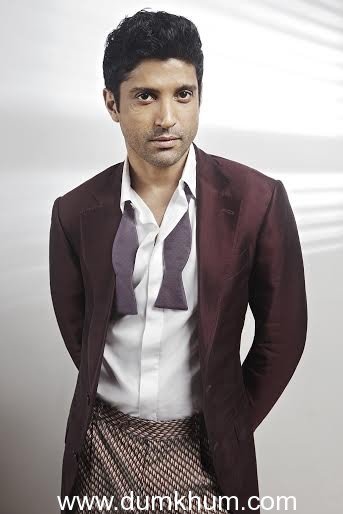 After receiving tremendous praises for his work in the recently released Dil Dhadakne Do, Farhan Akhtar is now working round the clock for the music of his forthcoming project Rock On 2. The actor has been completely absorbed into it and is almost working day and night on it. The multi talented personality, Farhan is working very closely with music composers Shankar Ehsaan Loy for the music of the film.

The music of the film will be one of the significant elements of the film therefore Farhan has been working constantly to get the right feel of it. The music will almost be the soul of the film. Farhan is jamming along with the music composers way in advance, creating and figuring the right tone of the film.

As Rock On’s music created a flutter with the audience, the expectations with its sequel are much more. The film will also see the fresh pairing of Farhan opposite Shraddha Kapoor which has created immense curiosity amongst the audience. Farhan was juggling with promotions of Dil Dhadakne Do and Wazir and yet religiously dedicates time for working on the music of Rock On 2.

Spokesperson confirms the news and adds, “Farhan has been tied up with creating the music of the film with the music composers. He has been working round the clock to make sure that he gets it right.”