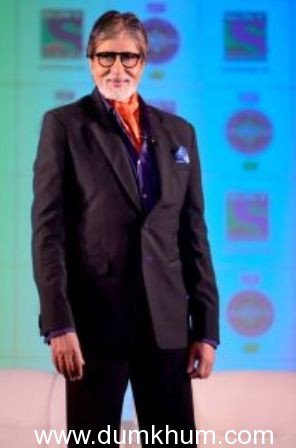 Viewers can experience exciting features and play interactive quizzes, contests and games, all on one single digital platform.

The app allows viewers to play fun filled games like “Globe Quiz”, a globe-like interface where users can click on any part of the world and answer a trivia question. The interface allows the user to choose from the KBC characteristic four answers pop-up and it reverts with the correct answer.

Other key highlights include “Insta Hot Seat”, a fun-filled template photo frame of the KBC set, featuring the replica of the “Hot Seat” and Mr. Amitabh Bachchan. Viewers can insert their picture in the frame and share on Facebook and Twitter, Prize meter & Heat map, a graphical representation of the prize money won by the contestant and Heat Map depicts which part of the country he belongs to, a message wall through which users can share wishes and messages with Mr. Bachchan, a photo gallery which comprises of images of Mr. Bachchan, the contestants and celebrities who comes on the show.

This is a paid application and is available at 0.99 USD in iTunes and Windows application stores.