English was a hurdle for the Resident Evil actress 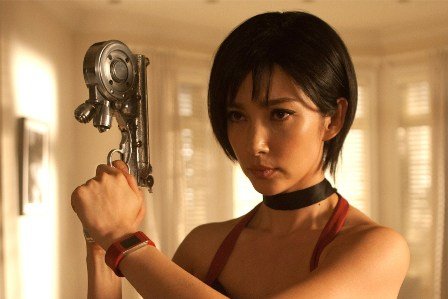 The release of the Hollywood’s biggest blockbuster hit is just few days away. The fifth installment in the zombie franchise of Sony Picture-Resident Evil-Retribution-is surely one of the most awaited films of the year. But the diehard fans of the film are eager to know what new the film has to offer them!

With the return of the old characters like Jill and Rain, another character drawn directly from the game is that of mysterious and deadly Ada Wong. To play this character the filmmakers opted for award-winning Chinese actress Li Bingbing. Li has personified the character’s strength and intelligence and ambiguous loyalties to bring it alive. Says Bolt, one of the Producers of the film, “We knew as soon as we saw her audition that Bingbing was the perfect choice for the role. In addition to being an extremely talented actor, she’s sharp, sexy and smart—all qualities that the Ada Wong character had to have.” Li who will be essaying the role of an alluring assassin in the film says, “Resident Evil is a well-known game in China and Ada Wong has a lot of fans there. When Paul invited me to play the part, I think the fans were as excited as I was.”

Though undaunted by the stunt work the toughest part for Li throughout the film was to speak English. She admits, “At the beginning, I was very self-conscious. I thought that if I just didn’t open my mouth, I wouldn’t make any mistakes. But as I got to know everyone better, I became more comfortable. And I was relieved to find that nobody laughed. In fact, they said ‘oh your English is amazing!’ They made me feel like I was part of a very cozy family.”

Li in the character of Ada Wong and Milla in her popular role of Alice along with the rest of the team Retribution will come to greet the Indian audience on 28th September. The film releases in 3D in Hindi, English, Tamil and Telugu.