Lionsgate (NYSE: LGF), a leading global entertainment company, and Endemol India, operating under the banner “Eyedentity Motion Pictures,” will co-produce the sports drama Warrior in Hindi for the Indian subcontinent, the two companies announced today.  Warrior, inspired by Lionsgate’s critically-acclaimed 2011 North American release of the same name, will be the first film jointly produced by the two companies in India.

“Lionsgate is committed to identifying opportunities to produce and deliver motion pictures, television programming and other premium content to one of the largest and fastest-growing markets in the world.” said Lionsgate President of Worldwide Television & Digital Distribution Jim Packer. Lionsgate COO of International Distribution Andrew Kramer added, “Warrior is the kind of locally-produced property based on timeless themes that we expect to resonate with mainstream commercial audiences in India, and our partnership with Endemol’s Eyedentity Motion Pictures will bring valuable local expertise to our venture.”

“We are pleased to partner with Lionsgate in their initial film venture in India by co-producing Warrior,” said Deepak Dhar, Chief Executive Officer of Endemol India.  “Action-filled and emotionally powerful with themes of forgiveness and the enduring bonds of family, Warrior will be a quality film made with top-of-the-line production values that we believe will strike a responsive chord with Indian audiences.”

The partnership was negotiated by Rohit Tiwari at Morris St. Advisors, Lionsgate’s agents in India.

Inspired by the American film of the same name, Warrior tells the story of two estranged brothers and deals with their struggling relationship with each other and their father.  The film will be adapted for Indian audiences and re-written for Indian tastes.  Its focus on contact sport will be integral to the storyline and will position Warrior as one of the few sports dramas made in India.  The original American film was hailed by critics as “an instant classic that manages to surpass even the original Rocky in terms of effectiveness.”

Lionsgate is a global entertainment company whose roster of mainstream commercial releases includes The Hunger Games and Twilight franchises which have grossed nearly $5 billion combined at the worldwide box office.

Eyedentity Motion Pictures and Lionsgate are currently finalizing the cast for the film which is scheduled to go into production in December 2014. 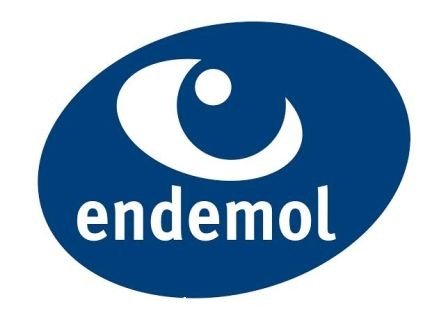 Endemol India is one of the leading and most valuable content production companies in India across television, film and digital content. The company is a 51:49 strategic alliance between Endemol BV- the world’s largest independent television production company and CA Media – the Asian investment arm of The Chernin Group (TCG). The company has over the years produced successful television shows like Bigg Boss, Fear Factor, Laughter Challenge, Jo JeetaWohi Super Star, over 400 episodes of Deal or No Deal and the recently launched The Money Drop for Sun Network amongst others. Endemol India has also forayed into the movie making business with the remake of blockbuster Kahaani in Tamil & Telugu.

Lionsgate is a leading global entertainment company with a strong and diversified presence in motion picture production and distribution, television programming and syndication, home entertainment, family entertainment, digital distribution, new channel platforms and international distribution and sales. Led by The Hunger Games and Twilight young adult franchises, emerging young adult brands like Divergent and a string of recent box office successes including Now You See Me, the sleeper hit of summer 2013, Lionsgate’s slate has grossed more than $2 billion at the worldwide box office for the second year in a row.

Lionsgate’s television business includes 33 shows on 20 different networks, including such iconic brands as Mad Men, Weeds and Nurse Jackie and emerging hits such as Anger Management, Nashville and Orange is the New Black.  Continued growth of Lionsgate’s television business will be fueled by diversification into TV series built around the Company’s unique 10+90 model, original content for digital platforms, selective forays into broadcast network series and a growing presence in nonfiction programming.

Lionsgate’s motion picture and television library includes more than 15,000 titles, and its $1 billion-a-year home entertainment business is a leader in digital, on demand and packaged media.  Lionsgate has a global infrastructure of output deals covering 80% of the world’s movie-going population outside China and India, self-distribution of filmed entertainment in the UK through its wholly-owned subsidiary Lionsgate UK, a joint venture with IDC serving growth markets in Latin America and a stake in the Celestial Tiger Entertainment platform serving the Asian market