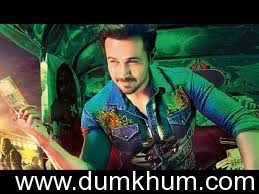 Emraan Hashmi, who will be next seen playing a slick conman in Kunal Deshmukh’s upcoming con caper ‘Raja Natwarlal’, convinced Kunal Deshmukh to shoot a few scenes of the film at a place he considers lucky for all his films- Haji Ali dargah.

Emraan, who regularly visits the iconic Haji Ali dargah to seek blessings before any big project, considers the place to be quite lucky for him and was keen to shoot a few sequences of the film at Haji Ali.

Says a source, “All of Emraan’s films have ironically included a scene shot at Haji Ali and it has always worked in his favor spelling magic at the B/O earning him the name “Hitman Hashmi” and ever since he has always considered the location lucky. Kunal readily agreed as the premise fit well with the script”.

Confirming the news says director Kunal Deshmukh, “Emraan was quite insistent about Haji Ali as he considers it lucky for him .Having searched extensively we finally narrowed down on a small house opposite Haji Ali dargah.The scene was shot in such a way that the dargah is visible in the background.”

Raja Natwarlal is slated for release on August 29th 2014.