Eminem Returns and How! Wins Two Biggies at the MTV EMAs 2013!

Eminem returned from his hiatus of three long years and gave his fans a treat with his latest
album, ‘The Marshall Mathers LP 2’, proving his ‘Rap God’ status. This album hit #1 on iTunes almost as soon as it released, and now this world renowned rapper has become the first artist from the United States to score SEVEN consecutive number one albums in the United Kingdom. 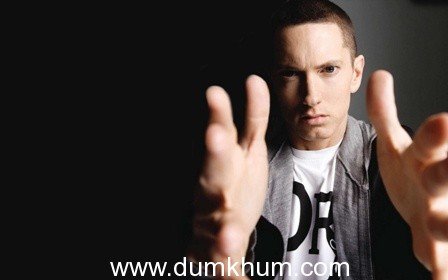 This success was further cemented when he won the Best Hip Hop and was awarded The Global
Icon Award at the MTV Europe Music Awards held in Amsterdam on November 10th 2013. His title as the artist with the most EMAs will be even more difficult to be taken away. Eminem’s surprise performance at the EMAs made the fans go crazy, as the genius displayed his masterful
dominance on stage, wowing everyone in the audience. Let’s just hope, this time, he’s here to
stay!