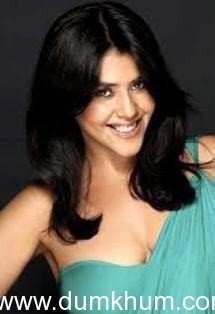 After recently being chosen as the “Woman Achiever Of The Year” in the entertainment section by the Ladies’ Wing of the Indian Merchants’ Chamber for her exemplary ‘innovative inclusion’ work, Ekta Kapoor, Joint Managing Director of Balaji Telefilms, adds another feather to her illustrious cap. She was chosen by Business Today, India’s No. 1 business magazine, as one of the “25 Most Powerful Women in Indian Business”.

Says Kapoor, “I am honored to receive such a prestigious award and believe that it is an endorsement of the capabilities of women and the power of the content that the Balaji team has created in television and films.”