EEMA on mission critical with Vision 20:20 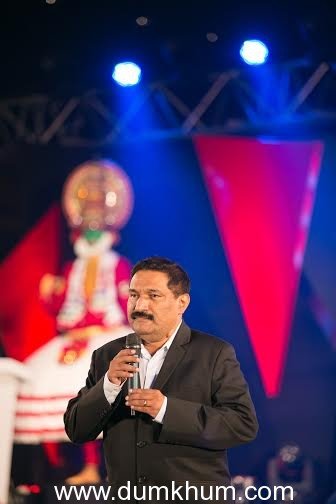 The Event & Entertainment Management Association (EEMA) recently held a three-day EEMAGINE 2014 conference in Cochin. The conference highlighted EEMAs Vision 20:20 to drive the next phase of growth for event management and experiential marketing industry; Sabbas Joseph to take charge as EEMA President with Vision 20:20.

In a dramatic show of confidence, along with him, the general body voted unanimously for his august team comprising:

On the occasion, Sabbas Joseph, as President of EEMA outlined a peep into the future with Vision 20:20 to drive the industry forward. He described the state of the industry as akin to the hanging of a computer or mobile phone and called for a “reboot” of the events and experiential marketing business and called on industry colleagues in EEMA to lead the future path. On behalf of EEMA, the new president of the premier organization said that the focus will be on improving the industry’s engagement with government, policy makers, clients, artistes, supply chain and also the relationship between member-agencies.

Mr. Joseph is one of the founders of India’s first event management and experiential marketing company – Wizcraft International. While setting the agenda for the EEMA’s growth, he set out an aggressive plan that has 20 task forces working simultaneously guided by mentors including industry stalwarts – Michael Menezes, Brian Tellis, Roshan Abbas and Sameer Tobaccowala.

The task forces will work simultaneously in a cohesive approach along with knowledge companies and domain experts. The task forces are largely geared to the re-engineering and redefinition of the entire Indian experiential marketing and event management industry at one end and globalization at the other end. EEMA standards would be established and the gradation and certification of agencies would be undertaken. Industry standards would be set along global benchmarks. The task forces include owners of EEMA member agencies from across the country experienced in verticals such as corporate event management, experiential marketing, digital experience creation, social events, weddings, public events, sports, international projects and mega spectaculars.

Welcoming the new approach to growth of EEMA and the experiential marketing industry, founder-president, Michael Menezes of Showtime Events said, “I believe the experiential marketing industry desperately needed a farsighted visionary like Sabbas at the helm to take it to the next level and set in motion an ambitious roadmap to make it a force to reckon with in an integrated marketing environment”. Mr. Menezes will continue to serve as patron and National Executive Committee advisor.

Speaking about the new approach, Patron and National Executive Committee advisor, Roshan Abbas of Encompass said, “Sabbas has years of invaluable experience and brings to the office of President a dynamic energy and a vision that can catapult us to the next level.

While handing over charge, past –president, Brian Tellis of Fountainhead Events and Promotions said, “EEMA has grown organically over the last 7 years into an association that truly embodies the spirit and aspiration of the live entertainment and experiential industry. It is now time for it to morph into a juggernaut that further delivers on its promise. And deliver it will”. Tellis would continue to serve as patron and National Executive Committee advisor.

Patron and advisor to the NEC, Sameer Tobaccowala of Shobiz said, “EEMA needs to be inclusive and the efforts to engage with the entire ecosystem with a mandate to set standards will revolutionize the delivery system”.

In a major development, the President appointed a 20-member National Working Committee comprising the Chairpersons of the task forces. While terming the entire effort as Mission Critical, EEMA is focused on the future with mantras that can be best described as: Growth, inclusivity, globalization, respect, nation-building with major focus on accountability, integrity, providing value to customers and respecting values.