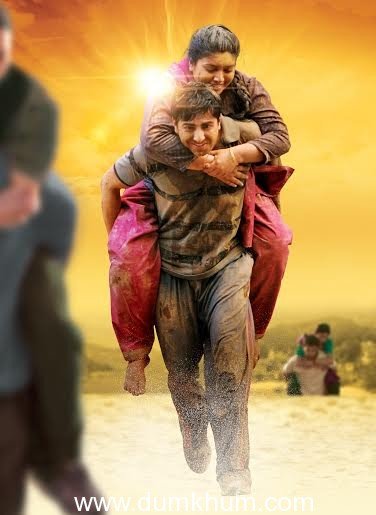 Director Maneesh Sharma has always explored new territories for his films. He finds new milieus to explore his stories in.

As a director, he has tapped a different territory for each of his films; Band Baaja Baarat was set in Delhi and Shudh Desi Romance was set in Jaipur, And this time he decided to set YRF’s​ Dum Laga Ke Haisha in Haridwar, Rishikesh.

Maneesh Sharma has a great understanding of small town sensibilities and has endearing characters in his films. The entire film is shot in Haridwar and it is in fact the first bollywood film to be entirely shot there.

Haridwar gives an authentic feel to the film and lends to its flavor. It is integral to the story of the film, so much so that it is almost like a character. Dum Laga Ke Haisha is an endearing story of Prem and his oversized and mismatched wife Sandhya who struggles to find love and acceptance. Maneesh Sharma has turned producer for the film starring Ayushmann Khurrana and debutant Bhumi Pednekar in the lead roles.