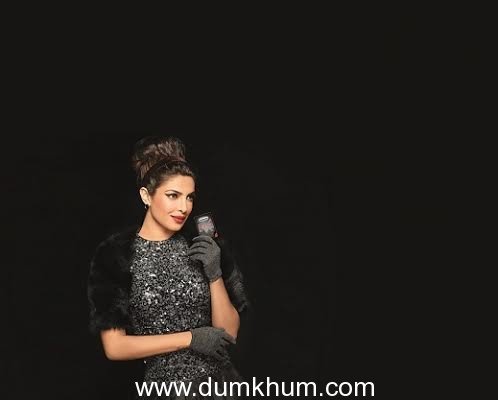 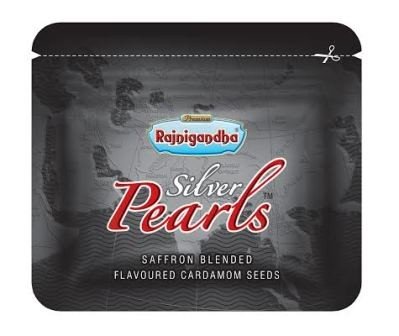 New Delhi, In recognition of her undeniable talent, immense popularity, her humanitarianism and her innate shine of goodness, Rajnigandha Silver Pearls has named Priyanka Chopra as their Brand Ambassador.  She features in the new TVC announcing the launch of saffron blended, silver coated cardamom seeds, ‘Rajnigandha Silver Pearls’ from the house of DS Group.

The new 60 sec TVC celebrates the little gestures of goodness that we make despite our hectic day-to-day life, with the slogan ‘Achai ki ek Alag hi Chamak hoti hai ’. The new catchphrase re-emphasizes on the brand’s belief that real goodness always shines through in our words and deeds, and sets us apart as heroes of real life.

The newly signed brand ambassador Priyanka Chopra says, “I truly do believe that ‘Achai ki ek Alag Chamak hoti hai ’!  There is an innate goodness in all of us and I think in today’s time its hugely important to spread as much love and positivity as possible. I am delighted to have been chosen as the brand ambassador of Rajnigandha Silver Pearls.  It not only a delicious and refreshing product but also a brand that promotes such positive messages, which is something the world really needs.”

Commenting on this occasion Mr. Rajeev Jain, Senior General Manager, Marketing, Dharampal Satyapal Ltd. said, “Rajnigandha brand has always been a hallmark of achievement and our new product ‘Rajnigandha Silver Pearls’ that shares the same brand’s DNA, can be seen as symbolic of individuals who are successful and yet uphold a strong humanistic approach to life. Priyanka Chopra has been appointed as the brand ambassador as she is an epitome of a global achiever, and at the same time a grounded and humble person who is always ready to give time and effort for a good cause. The TV commercial highlights exactly this aspect of her life”.

The film has been created by Dentsu Marcom and narrates the story of a successful film-star who has a massive following because of her inherent goodness. It shows interwoven scenes that narrate examples of little acts of goodness— Priyanka Chopra is seen performing an Indian classical dance, making a moment special for a little boy, throwing a scarf at the screaming sailors and surprising an old woman with a birthday cake.

Finally we see the classical dance performance culminating in her final act of goodness where Priyanka Chopra calls her team for the final bow in front of the audience to acknowledge their contribution to the applause that she has received. It is in the journey back home, that she tastes Rajnigandha Silver Pearls and her chauffer looks through the mirror to realize that ‘achchai ki ek alag chamak hoti hai’.

Titus Upputuru, National Creative Director, Dentsu Marcom says “Rajnigandha Silver Pearls is saffron blended silver-coated cardamom seeds (Elaichi) Cardamom  is good for health, silver has shine, so we came up with ‘goodness shines’. At the same time we also considered the lineage of Rajnigandha which stood for success and achievement. When we decided to go ahead with Priyanka Chopra as the face of the brand, we thought let’s show stardom in a new light. Thus was born ‘achchai ki ek alag chamak hoti hai’”.

The film is shot like a trailor of a Hollywood movie, complimented by a special song as the background score with the lyrics ‘Dil bada toh tu bada’, which has been written and sung to an Indian melody to bring out the idea that one is only as big as one’s heart is. This is an ATL & BTL campaign which will encompass print, outdoor, radio, digital and OOH mediums to extend the thought of ‘Acchai ki ek alag chamak hoti hai’.

Director of the film: Llyod Baptista