Divya Khosla Kumar: “We women are stronger than men and need not feel insecure.” 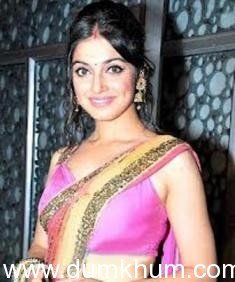 Former actress turned director Divya Khosla Kumar, who will be making her directorial debut with ‘Yaariyan’, claims that if the film succeeds, it will prove beyond all doubts that women can achieve whatever they want.

Talking about her experience, Divya says, “It’s difficult to be a mother and even tougher to be a director. I was doing both together. If it succeeds, it will not just be the success of the film, but of the principle that a girl without stooping down and compromising on her morals, keeping her dignity intact, can do it in this man’s world. And that if you are intelligent and talented, every woman can reach where she wants to. We women are stronger than men and need not feel insecure.”

Produced by Bhushan Kumar under the banner of T-Series Super Cassettes Industries Ltd, ‘Yaariyan’, which is slated to release on January 10, 2014, is a contemporary and youthful film that takes audiences through the trials and tribulations of the best years of their life.