Disney’s ABCD 2 (3D)– First look From the Set!
‘ABCD 2’ the sequel to the successful dance movie ABCD (Any Body Can Dance) released in 2013 is currently being shot in Mumbai. We present to you the first look exclusively from the set. The film which went on floors on 31st August is slated for a June 26th 2015 release. 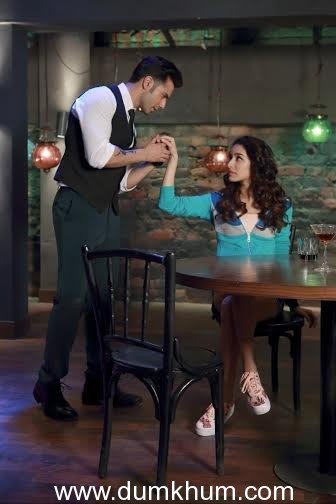 The film has fresh pairing of Varun Dhawan & Shraddha Kapoor alongside Prabhudheva who was part of ABCD and is directed by Remo D’ Souza. The movie is produced by Walt Disney Pictures.