Disha Patani has become the most desirable actress in the industry ! 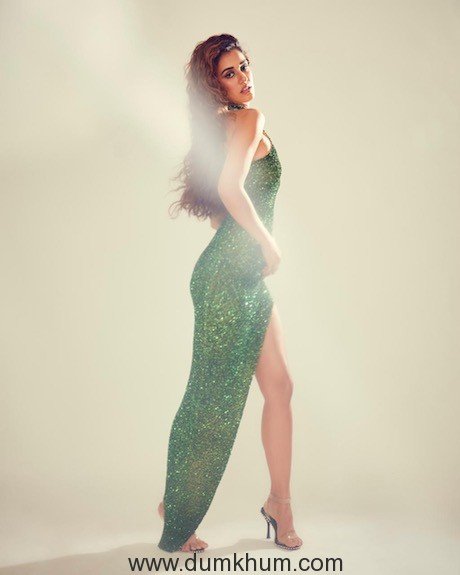 An actress whose looks can kill, on-screen performances that make us go wow, and a person who is an avid action lover, a fitness freak and ensures that she brings something new on the menu every time she steps on screen. Well, when we talk about all of this there’s only one name that comes to our minds which is none other than Disha Patani.

Just a few films down, Disha has created a huge impact on the audiences with her sheer talent and love for what she does. Recently, the actress topped the list of being the most desirable women of 2019 by a leading newspaper. The actress received a lot of congratulatory messages and also thanked her fans and audiences on her social media for the unwavering support she has been receiving from the beginning.

Disha kick started her career as an innocent girl with MS Dhoni The untold story and with every passing project she kept on carving herself into something different and won our hearts.

The slow-motion song in her hot yellow saree was just killer and so was the move. Disha’s character of a trapeze artist in Bharat was one of the toughest and Disha ensured to play her ace in that.

The actress’ recent release Malang broke all boundaries and went all out with a beautiful free spirited character who loved living life to her fullest and the hotness was just another level. Disha’s special appearance in Baaghi 3 with the Do You Love Me song was yet again a phenomenal chartbuster and Disha looked extremely desirable.

The actress follows a strenuous workout schedule for her upcoming project Radhe alongside Salman Khan followed by Ek Villain 2 reuniting with Mohit Suri.