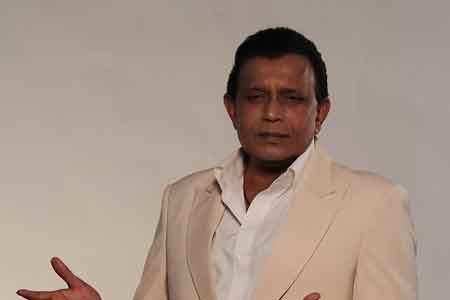 Veteran actor Mithun Chakraborty best-known for his dance acts in the 1980’s is soon to don his dancing shoes yet again for Sajid Nadiadwala’s Housefull 2.

The 61 year old legend will perform a special disco number in the comedy choreographed by filmmaker-choreographer Farah Khan.

Confirms producer Sajid Nadiadwala “Yes,Mithunda will do a special song in the film –We are all huge fans of his and wanted him to recreate the same magic in Housefull 2”.

Talking about the song says MithunDa “It’s a special dance number. Farah and her brother Sajid love Hindi movies. They are almost like encyclopedias. I think Farah has put together some fun moves in the song, keeping my other popular songs in mind. I can promise you’ll be reminded of my Disco Dancer (1982) days.”

Talking about his dance moves, the actor admits he incorporates certain moves, popularized by his favorite artists, Elvis Presley and Michael Jackson, in his act. “They were stunners. There’s a whole generation that was their fan. I’m one of them and if you find their moves in my dances, it’s natural,” he says

A treat to his fans, the actor who plays Riteish Deshmukh’s father in the comic riot will also be seen doing some action. “I’ve also been made to do some action scenes but overall, Housefull 2 is a comedy of errors of sorts. It’s hilarious.” adds Mithun Chakraborty.