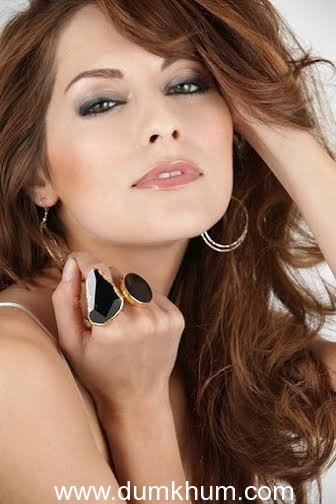 Director Anil Sharma the man behind delivering and winning lauds for his brilliant direction like Gadar: Ek Prem Katha and Singh Sahab the Great; to grace the event with his presence as the guest of honor. In an exclusive tete-a-tete renowned director Sunil Babbar carrying a heritage of delivering finest of films and conferred with prestigious awards such as “Producer of the year award in USA” and ‘Best Foreign Film Award’ in USA for Film ANTS, Sunil Babbar announces his upcoming venture “MELODY” presented by Pomy Films & PBC Entertainment and produced Ronnie Rodrigues and Sunil Babbar. 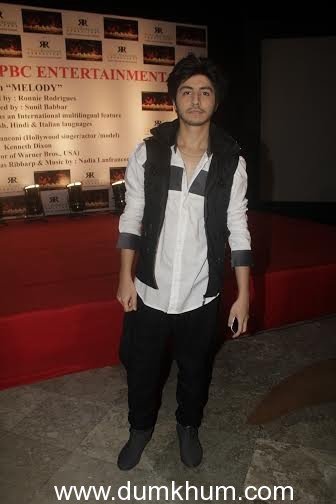 Produced by Ronnie Rodrigues and Sunil Babbar, the film is directed by Sunil Babbar. In a rare vision the film “MELODY” is being made as an international multilingual feature film in English, Hindi & Italian languages. Holding a penchant for Music and art Nadia Lanfranconi has spelled her creative touch on several songs and compositions. Hence, Nadia gears up to mark her debut in Bollywood as a lead actress and a Music Composer in “MELODY”. The melodious music of film is helmed by Nadia Lanfranconi. The art of photography and camerawork; Cinematography is helmed by renowned name Niclas Ribbarp from Sweden. Well known for determining the final content of variety of films Swapan Ray & Sunil Babbar wear the hat of editors. The exorbitantly brilliant writer Sunil Babbar has penned dialogues and the script of the film. ‘MELODY’ is all about its mysticism and charisma. ‘MELODY’ is a feature length film in 3 International Languages, i.e. English, Hindi & Italian. The Film is the Musical Journey; the plot of the film revolves around the protagonist Nadia, a Musician/ Singer from Hollywood. The Film is the Musical Journey of a Narrative which travels from the times of the ‘Great Depression’ during the 2nd World War in Europe to the present times in 2015, crossing the Socio-Political boundaries of Europe to America to India. The Film is a Powerful Treatment of Collaborating the Philosophy of Karma to Music. “MELODY” is a revelation of the ‘Mysticism of Karma’ through MUSIC. The Film is a Musical Film with the Musicians/Artists coming from Hollywood & Bollywood together. A three and a half minute treatment show reel will be exhibited at the launch ceremony. A video message from the lead actress Nadia Lanfranconi and actor/ distributor Kenneth Dixon (Warner Brother USA) will be presented during the announcement ceremony. 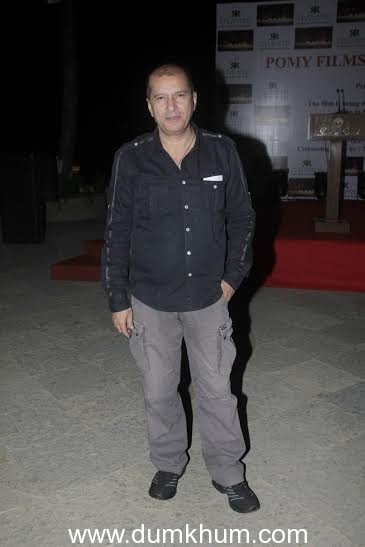 Talking about the musical film “MELODY” director, producer and writer Mr. Sunil Babbar exclaims “Melody’ is my dream project collaborating the talents of the Hollywood & Bollywood together in it. The narrative of my film “Melody” travels from the period of the great depression in the 2nd World War to the present times in 2015. It travels from the political boundaries of the Europe-to-America-to India in these 70 years of time in a very significant way. The film has a unique and powerful narrative in it. I strongly believe that ‘Music’ and ‘Karma’ merge into each other, and that is what I am going to show in this film” Nadia Lanfranconi is a very versatile singer/actress from Hollywood. She is playing the main lead in the film and also providing music to the film. She is composing two songs for the film. I may incorporate one of the most talented Music Directors in India to provide music along with Nadia. I will disclose the name soon. Kenneth Dixon is a wonderful actor, director, distributor and EP in Warner Bros in America. He is playing an important character in the film. Kenneth Dixon is promoting and marketing the film worldwide in English version.  Another American hero Jeremy Marr Williams too is an integral part of the film. I am in talks with some Indian stars/actors to be on board this film. I strongly believe that the Cinema is my ‘Karma’ and I am doing my ‘Karma’ through creating a ‘flyover’ between the film making communities of the Hollywood and Bollywood both” Sunil Babbar adds, holding a vision to bridge the gap between Bollywood and Hollywood.