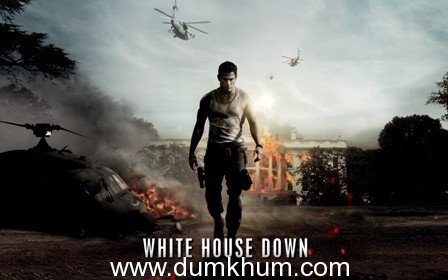 Director Roland Emmerich is in much discussions these days because of his latest film “White House Down” which is getting released on 19th July. This Sony Pictures movie will be released in three languages in India, which are – English, Hindi, and Tamil. 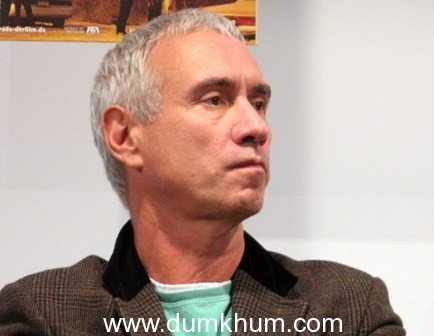 Most of Roland’s films have done good in the Box Office and he has great expectations with this one, as well. When asked about his movie “White House Down” he says,”The story revolves around American president James Sawyer (Jamie Foxx) and the White House. It shows how terrorists attack the White House and how they manage to kill off most of the Secret Service and take the rest of the people left inside, as hostages. Then the questions arise as to who protects the White House and the President. Whether the White House gets destroyed or saved? This is all I have shown in the film.”

Roland tells us about the cast of his film, “Everyone has done an impressive job, whether it is Channing Tatum, Maggie Gyllenhaal, or Richard Jenkins,Jamie Foxx and James Wood. Everyone has done a lot of hard work.”

When asked about Channing Tatum and Jamie Foxx’s work in the film, he says “Both of them have given an excellent performance, you will believe it for yourself, when you see the movie. When I first met them regarding the film, I knew both of them where the right choice for the movie. On one hand Jamie has portrayed a quiet and sincere president and on the other hand Channing has portrayed the character of a Secret Service agent. ”

Producer-Director-Screenwriter Roland Emmerich has mad films such as Trade, Godzilla, Universal Soldier, Stargate, Independence Day, The Day After Tomorrow and 2012. Roland’s upcoming films after “White House Down” consists of a sequel to the famous movie “Independence Day”.