Director Rajkumar Santoshi whose had a flawless track record when it comes to comedy is waiting to introduce to audiences an all-new Shahid Kapoor , in an avatar he has never attempted before.
While the film’s release is just around the corner,when asked about his film’s lead actor,  Rajkumar Santoshi doesn’t hold back on his praise for Shahid Kapoor. 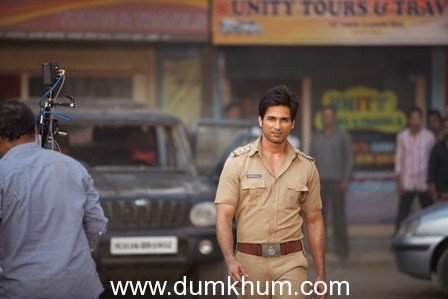 Says the Phata Poster Nikhla Hero director, “This is the first time that I’ve worked with Shahid and I really appreciate him as an actor. He has not worked in an out-and-out comedy before and has done a really good job in the film. Apart from being a great actor, he is very hardworking. Shahid will be successful with this film”.
Starring Shahid Kapoor and Ileana D’Cruz , Ramesh Taurani’s Phata Poster Nikhla Hero directed by Rajkumar Santoshi is scheduled to release 20th September 2013.