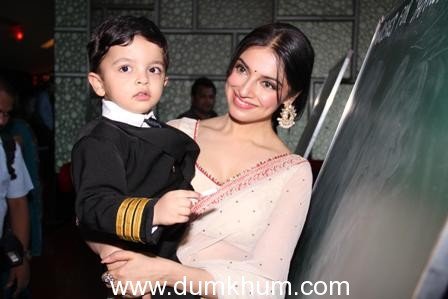 Divya Khosla Kumar, who will be making her directorial debut with ‘Yaariyan’ has decided to take her film-making skills to a new level as she also choreographed 5 songs in the film including Baarish, Maa , Love me Thoda Aur, Allahwariyan and zor lagake.

The multi-talented Divya, who has directed music videos in the past, said, “The songs form a very integral part of the film and they take the story forward. The audience is loving my visualization in Baarish and Allah Wariya. If my work in the songs is being loved so much I’m sure by Gods grace the audience will love Yaariyan as much.The film will make you laugh and cry and leave you on a feel good note.”

Adds producer Bhushan Kumar, “Divya has worked on Yaariyan with great precision and detail. Apart  from directing the film ,she has also tried her hand at choreography and we’ve received very encouraging reviews .Her shot taking is larger than life”.