There are various strategies which are being used for the promotional events off all the upcoming films. But what Akshay Kumar did to promote his next Film OMG breaks all the records. This happened for the very first time in India, where the promo of any movie got launched digitally on the magazine cover of BOX Office India. For this novel concept Viacom 18 has joined hands ! Mr. Vikram Malhotra who was present for the launch was quite optimistic about this venture, and said that Viacom 18  always looks for such pathbreaking initiatives ! 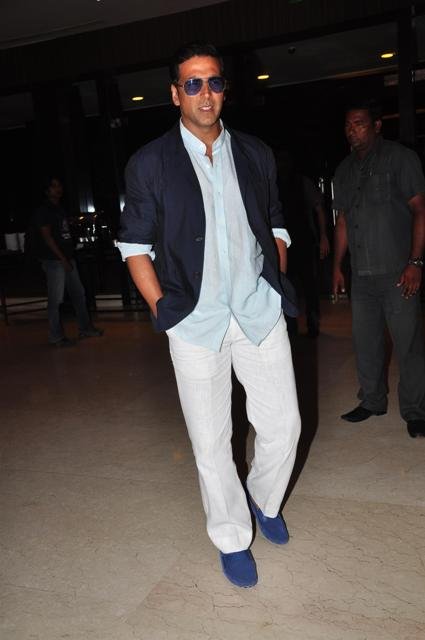 Mr. Nitin Tej Ahuja the publisher was quite upbeat and saw great future for the same. Mr. Vazir Singh the Editor of the magazine preferred to bask in the glory and  handed over the mike to Akshay Kumar as he made his grand entry at that very moment. All in All it was a great moment of Celebration and all the guests and the media had a great time as many of them dropped in late.