Dibakar Banerjee arranges for a salon (barber) to be on the sets at all times. 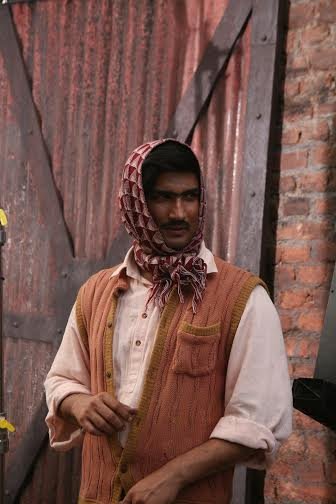 Dibakar Banerjee has bought back the 1940’s era for his upcoming film and seems to have not missed even on the smallest nuance of the era. Dibakar had to manufacture from button to bra to make the roads, and everything required to keep the era alive. China town was re-created in Calcutta.
While the film will have the 40’s infrastructure, special measures have been taken in getting the look right for the film.

Other than the costume in the film, the hair style of each actor was styled like in the 40’s. Everyone who is part of the film had to undergo a haircut and style their hair with oil to suit the era.

Everyone in the cast has to maintain the look and so after every shot they had to get their hair oiled. The barber was continuously fixing everyone’s hair and making it in sync with the look from the era.

A special corner was created on the set which was only for the hair styling and before the shoot would begin the cast would get a touch up from the barber.

Sushant Singh Rajput who will be seen playing the title role used would make a special request for a head chumpi (massage) once in a while.