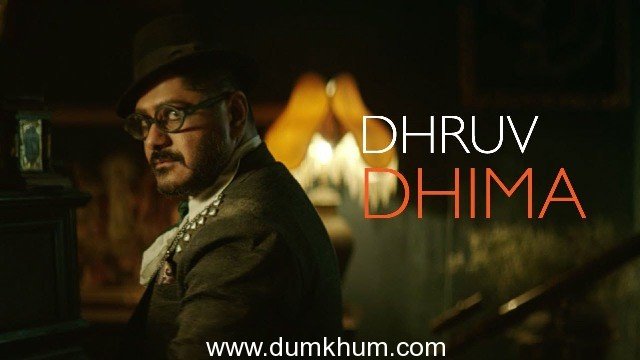 Dhima is a new single by composer, producer, singer-songwriter and guitarist Dhruv Ghanekar from his recently launched album Voyage. Dhruv has been known to compose music in virtually all genres and his latest single Dhima can be described as a hybrid of gothic rock, North African rhythms, and new wave. The video is all set to accelerate the momentum of the evolution of music in India and holds great promise of creating a new wave of Indian music in the Indie space. 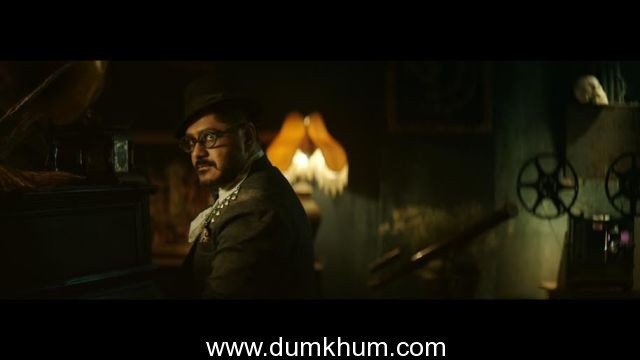 Dhruv on his single music video says, “Dhima is a song inspired by the desert of Rajasthan and North Africa. I have been listening to music from West and North Africa and found that there are so many intrinsic synergies in both the musical cultures. The marriage of these two sounds was screaming to be fused! Ila Arun was a logical fit to sing the song as she is the Queen of folk music in India. On drums Karim Ziad who hails from Algeria but is a Parisian and Linley Marthe on bass finished off the sound. The video runs into a direction that has not really been explored in this country .By giving it a Steam Punk -Gothic vibe, Razy Ghai has created a visually stunning interpretation that challenges the viewer both sonically and visually”.

Dhima is all set to tear down the barriers with its cinematic presentation. Directed by Razy Ghai of Asylum Films, Dhima features both these creative geniuses who have styled the video with a certain dark theatricality. The gothic grunge themed video features an eclectic blend of the fantastic, the ghoulish, the bizarre and the forbidden! The uniqueness of all its creative aspects – from the lyrics and storyline to the characters and their antics; from the make-up and lighting to the sound mixing and production design – leaves one spellbound, intrigued and enthralled all at once. The video for the single showcases Ila Arun like  never seen before. Decked out in a dark gothic attire the singer’s signature husky voice brings a distinct sound to the single. The sexy, extravagant video explores the dark side of human nature with visions of anarchy, monsters, love and death set in a Burlesque Goth setting. Never before has an Indian music video even attempted such a diverse representation and encapsulation of its creative vision. While Ila Arun leaves one breathless with her deep notes, Dhruv’s phenomenal guitar solo is honest and raw trimmed with a dangerous edge setting him apart from his peers.

Ila Arun commented, “When I was asked to collaborate on an ethnic folk song on Dhruv Ghanekar’s international world music album with such a star studded array to musicians from all over the world, I was thrilled and nervous  …however the experience of recording the song turned out to be fantastic and totally invigorating.”

The video is being marketed and published on Dhruv’s youtube channel by Qyuki, a multi-channel network focused on music, founded by Shekhar Kapur, Samir Bangara and AR Rahman. ”Dhima is a game-changer in the Indie music scene in India and we’re proud to have Dhruv as part of our network. We look forward to great success for this album.” Samir Bangara, Co-Founder of Qyuki.

As a Composer he has delivered over 3500 commercials, many of which have won awards in India and abroad. He has scored many chart busting hits for movies i.e. – Bombay Boys, Drona, Snip, White Noise … He has also scored a ton of music for Television including the prestigious BBC 1 – UK, Star TV, PIX, SONY and many more.

Dhruv is the co-founder of the path breaking Blue Frog – a 360 c/o which encompasses a State of the Art Live Performance Venue, Recording Studios, Label and Music Production C/o.

He has released his first solo album “Distance” in 2008 to critical acclaim. Dhruv is the most sought after composer working in Mumbai today. He balances his time scoring music and performing his funky brand of Jazz and Indian sound, the world over …

Qyuki is a digital broadcast network/ MCN co-founded by Shekhar Kapur, Samir Bangara and AR Rahman. Qyuki works with creators to build their fan following by producing and distributing videos across Youtube and other networks with the aim to create enduring intellectual properties. Qyuki also connects brands with their audiences through unique content marketing initiatives in collaboration with Qyuki artists