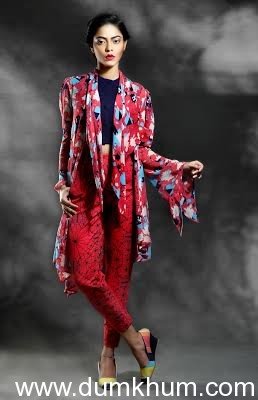 dedicated to the urbane individuals who finds humour in redefining love

This season, Lakme Fashion Week 2014 will witness a surge of adrenalin with a crisp new appeal, think bright and bold everywhere. The runway has witnessed many collections of the designer Sayantan Sarkar, one better than the other.  His urban, trendy look and the emotions associated with it, has created a popular buzz in the fashion world. 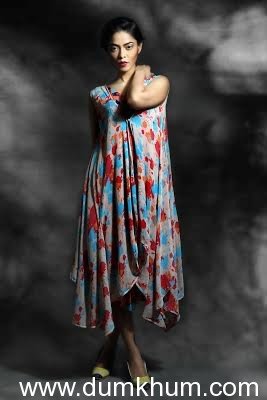 Keeping in mind today’s style conscious fashionistas Kolkata-based Designer Sayantan Sarkar has come up with a new edgy wardrobe adding a playful ‘emotion’ to it.

His collection is inspired by the motley emotion called Love, dedicated to the urbane individuals who despite being amidst the chaos of life find humour in redefining love – more the fool’s way. This new-age romance exhibits ‘urbanised’ emotions. The collection draws from myriad abstractions – from that of refracted rays of light and shadow to tessellated arrangements of flower bringing in a balance between chaos and festive humour. 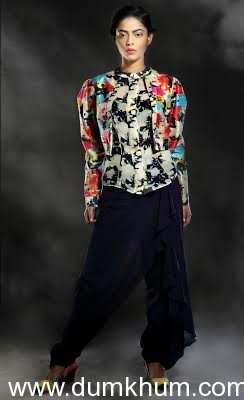 From jumpsuits to dresses and jackets to draped trousers, this quirky range of layered silhouettes for men and women is sure to make heads turn this spring summer. Talking about the collection, Designer Sayantan Sarkar says, ‘’Spring is here, and its vibrant forecast has us dreaming of all the ways to prep up an attire that perfectly reflects its rainbow hues.’’

Playing innovatively with digital and screen prints on luxe fabrics like georgette, flat chiffon and linen, the designer gives it a ultra modern twist. Shades like tangerine-orange, crab-red, off-white, indigo alongside hints of fuchsia, turquoise and sunshine-yellow adds on to its glam quotient. 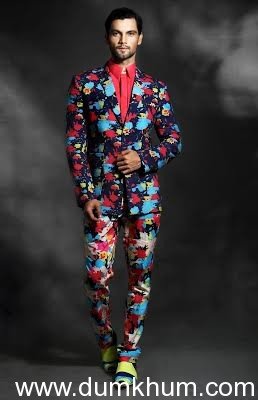 LFW’s Summer Resort 2014 will see Sayantan Sarkar complete his 3rd season with nothing short of this fun and drama.

A firm believer in the power of simplicity, has already made waves in the Fashion Industry, with the echoing applauds of his high profile clients as well as the film fraternity.

The reason is simple. If it looks good, why not?

Details regarding the show :

About the Designer: Sayantan Sarkar

NIFT graduate Sayantan Sarkar has been making his presence felt steadily and surely on the Indian fashion scene since 2005. The designer combines contemporary silhouettes with traditional Indian embellishments. Geometrical patterns, intricate textures, multiple layers and quirky motifs come together to create the distinctive SAYANTAN SARKAR label. Life being an all-round inspiration, his favourite muse remains the everyday man and the everyday woman. The label caters to prêt as well as couture lines for men and women. From self-developed jamdani weaves to quirky batik motifs to a heady combination of digital and screen prints – the label beautifully blends in the traditional and the contemporary.

Apart from retailing from his own studio in Kolkata, Sayantan’s creations are also available at multi-designer stores in Mumbai, Hyderabad and Ahmedabad.