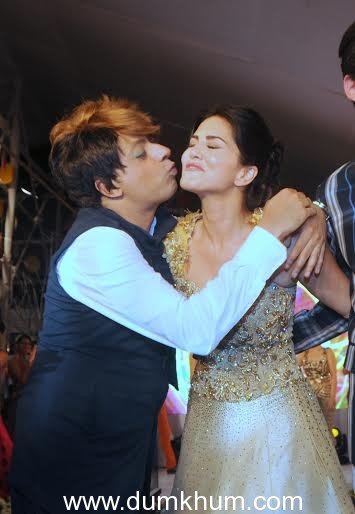 TRADITIONAL WITH A MODERN TOUCH! Holding a penchant for fashion, Designer Rohit Verma surely experimented with Sunny’s look in the film.  “The plot of the film revolves around reincarnation; hence there was a lot of research involved in the designing. I had to understand the fashion abilities back then in order to justify her character. I have made Sunny worn basic Indian attire like saris, anarkali etc. Giving the traditional attire a modern touch I have made her wear sartorial dhotis with feminine touch, head gears and pagdis which has won a lot of appreciation not just within the industry but also from the audience”.

“It is always a delight to design for Sunny. She has one of the most desirable bodies in the business. There is a lot to explore in women’s body and Sunny is a designer’s delight” Rohit says.