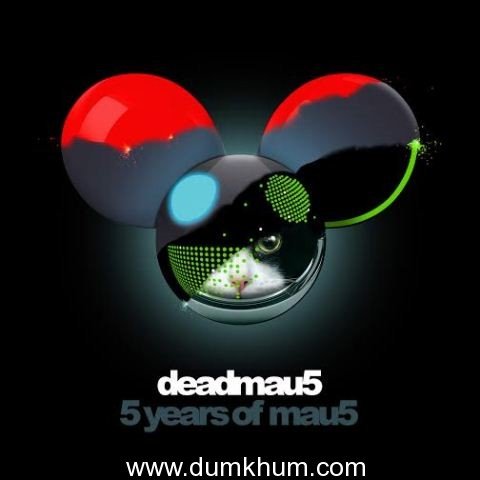 Since releasing Random Album Title in 2008, electronic music producer deadmau5’s rise to the upper echelons has been nothing but short of meteoric.  This winter, he’ll release 5 years of mau5, a retrospective double album encompassing highlights from his most beloved back catalog alongside exclusive and new remixes from friends of mau5trap. Just in time for the holidays, 5 years of mau5 will be released November 25 via mau5trap.  Further details will be announced soon. deadmau5 will make his next major U.S. festival appearance on November 1 at HARD Day of the Dead in Southern California.  There he’ll join Eric Prydz for a back-to-back performance on their ‘mau5-ville’- hosted stage.

Joel Zimmerman, more commonly known as deadmau5 (pronounced ‘dead mouse’), is one of the world’s most respected electronic music producers of modern times. Enjoying international chart success with his singles “Professional Griefers,”  “Sofi Needs A Ladder,” “Ghosts ‘n’ Stuff” and “I Remember,” he has also released five critically acclaimed albums: while(1<2),  > album title goes here <,  4×4=12, For Lack Of A Better Name and Random Album Title. The multiple JUNO Award-winning and Grammy®-nominated artist performed at the 54th Annual GRAMMY Awards as part of its first ever telecast performance highlighting electronic music. His ability to push the boundaries of his talent grows at an equal rate to his fan base, which counts almost nine million on his Facebook page. deadmau5 is also the #1 selling artist on online retailer Beatport.  A major touring act, he has headlined iTunes Music Festival, Lollapalooza, Outside Lands, Budweiser Made In America, Sonar, Virgin Mobile FreeFest, Coachella, Ultra Music Festival, HARD Day of the Dead, and Creamfields, and sold out Rogers Centre in Toronto and PETCO Park in San Diego, as well as multiple consecutive nights at legendary venues like the Roseland Ballroom in NYC and the Palladium in Los Angeles. Plans for a major world tour in 2015 are in now the works. He appeared on the cover of Rolling Stone (summer double issue, 2012), marking him as the first electronic artist to do so.