There was no reduction in excitement levels of cinephiles as Day 5 of the 15th Mumbai Film Festival presented by Reliance Entertainment and organized by the Mumbai Academy of Moving Images (MAMI) kicked off. 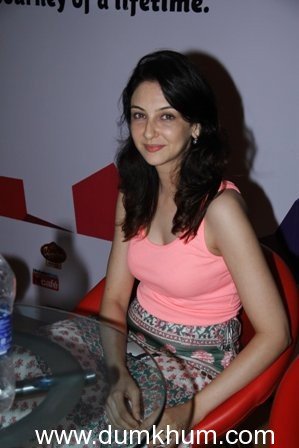 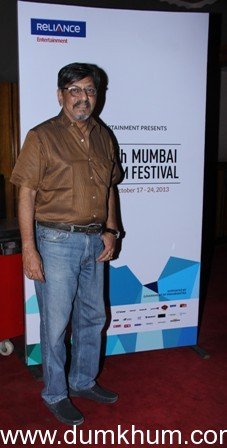 The afternoon session witnessed an intense discussion on ‘The portrayal of Women in Cinema’ with Shobhaa De, Nandita Das, Sriram Raghvan and Sudhir Mishra. The open forum panel discussion was moderated by Mayank Shekhar and addressed one of the most relevant issues of modern times.

“In popular cinema women are portrayed in a regressive way. A good woman in our cinema is someone who represses her desire and if she goes and does she what she wants, then she is a slut,” director and screenwriter Mr. Sudhir Mishra said. 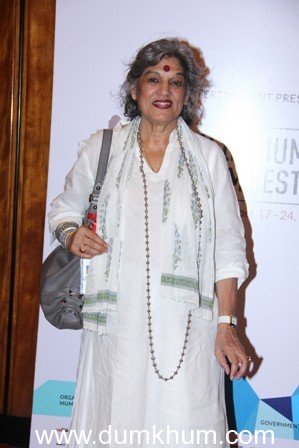 Writer and novelist Shobhaa De criticized the portrayal of women in Indian cinema, “The virtuous Indian woman has not changed in Indian cinema. Either she learns from her mistake or is taught by the society her lesson. Choices have always been denied to women in our cinema.”

Nandita Das sees society’s need for fair skinned women simply unreasonable. “There are not really any dark skinned females in our industry. Many who were dark are now fair and sell fairness creams!”Bottom of Form

Not even the Monday blues could keep the audience away. Celebrities spotted on Day 5 included Sudhir Mishra, Nandita Das, Shobhaa De, Ratna Pathak Shah, Amol Palekar,  Vijay Kadam amongst others.

The event was drawn to a close with thanks to the main sponsors: Reliance Entertainment and special thanks to the Government of Maharashtra, Venue Partner TajVivanta by Taj President, Liberty Cinemas, Cinemax , Metro Big Cinemas. Reliance Media Works and Real Image.