The Festival’s key venue Chandan Cinema opened with two French films back to back, Pierre Salvadori’s comedy-drama ‘In The Courtyard’ and one of the most successful films of its time ‘The Last Metro’, an award winning romantic drama starring Catherine Deneuve. The lineup showcased films from  across the globe and brought under one roof, Chadi Abdel Salam’s 1969 film considered as the most important Egyptian film ever made, ‘The Mummy’, Kim ki-Duk’s Korean thriller ‘One on One’ and Xavier Dolan’s Canadian family drama ‘Mommy’. Cine goers at PVR Andheri were equally elated with the film fiesta. Danish film ‘Mission Rape – A Tool of War’ directed by Annette Mari Olsen and Katia Forbert Petersen left audiences spellbound and in a state of shock, as did Gabe Polsky’s much talked about feature documentary ‘Red Army’. Other films which were loved by audiences included Attila Szász’s Hungarian political thriller ‘The Ambassador To Bern’, Levent Çetin’s Turkish film ‘Civilian’ in Above The Cut category; and Lesley Manning’s British collection of captivating narratives ‘Honeycomb Lodge’ in the Film India Worldwide segment. 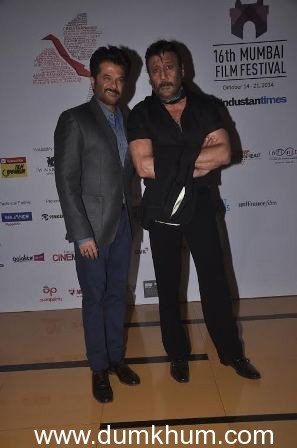 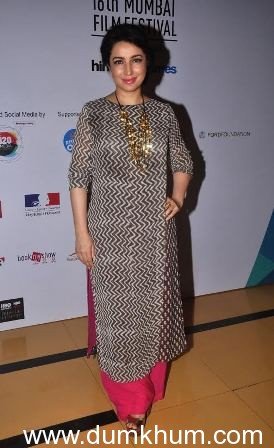 For those who rushed to the Versova multiplex were equally enchanted with an unlimited spell of films, entertainment and more. Films from the World Cinema category opened the day across Cinemax’s four screens – Dietrich Brüggemann’s German film ‘Stations of the Cross’, Argentinean captivating family drama ‘The Third Side of the River’ directed by Celina Murga, Takashi Miike’s Japanese supernatural horror film ‘Over Your Dead Body’ and Feo Aladag’s German film ‘Inbetween Worlds’ set during the World War I. The day did not cease to enthrall audiences, as they witnessed an enlightening session with Anurag Kashyap in conversation with acclaimed film maker Vinod Chopra in the Film Companion Roundtable. Since the film enthusiasts were yearning for more Vidhu Chopra magic, Anurag Kashyap presented them the 1989 crime drama ‘Parinda’ under the Film Companion Director’s Choice segment. Keeping the Director’s choice in vogue came Rajkumar Hirani and presented his personal favorite, the iconic 1971 film‘Anand’ directed by the master story teller of Indian cinema, Hrishikesh Mukherjee. 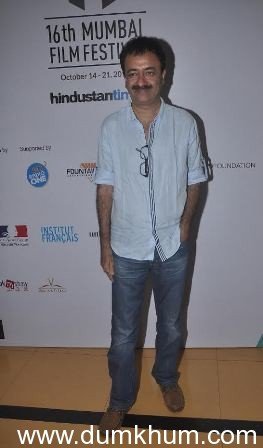 Day 4 afternoon was loaded with an enormous engagement and learning opportunity for over 100 Indian screenwriters when Anjum Rajabali, the Convenor of the Mumbai Mantra CineRise Screenwriting Programme brought together an expert panel of film makers comprising Vishal Bhardwaj, Rakeysh Omprakash Mehra, Vikramaditya Motwane, Shridhar Raghavan and Sriram Raghavan who deliberated on ‘Why is there such a dearth of good scripts in India?’ The session unveiled some valuable takeaways for aspiring screen writers. 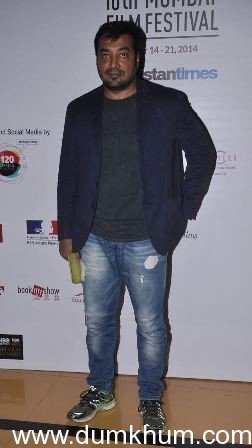 Music Composer’s Lab in its 2nd edition at the festival  added a new dimension to the cinematic bonanza of day 4. Held at the Whistling Woods’s The Andheri Base , a series of informative musical seminars under ‘Film Music: The Creative and the Business’ theme spanned various sides of film music. This one of its kind initiative came into being last year as UK based composer and producer Andrew T. Mackay’s brain child for the 15th Mumbai Film Festival. Aimed at music composers, engineers, producers and directors as well as delegates and filmmakers, the Music Composers Lab presented by Bohemia Junction Limited and Abbey Road Studios in association with PRS for Music, UK and supported by BMI and FAMES Project with further support from Whistling Woods, brought out various nuances of film music.

Celebrities spotted on Day 4 included Adil Hussain, Tisca Chopra, Satish Kaushik, Richa Chadda among others. Mumbai Film Festival on its Day 4 floored Mumbai’s cine goers and gave them a reason to throng in large numbers to the three cinemas for a weekend full of films and fun.