Excitement and anticipation continued to fill the atmosphere at the 3rd day of the 5th Jagran Film Festival, 2014 New Delhi, held at Siri Fort Auditorium. Commenced with an electrifying opening ceremony on 5th July in Delhi, the festival has been winning hearts and entertaining ardent cinephiles since 3 days. In these last three days, cinema lovers got to enjoy several national and international feature and short films across genres. 3rd day of this 5 day long cinematic extravaganza began with the screening of a Greek classic Fish N Chips, directed by Elias Demetriou. This 102 minute film from Cyprus, was highly enjoyed by the audience, and gave an action packed day a good opening. 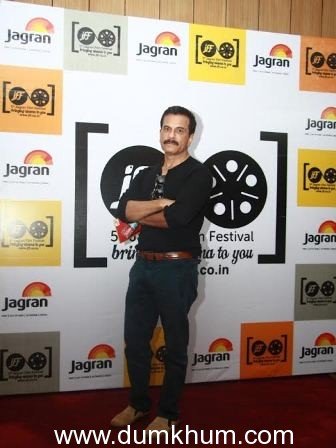 JFF’s, morning started with a lively discussion on Independent Cinema in a country almost owned by the Bollywood. The discussion ‘Is independent cinema taking over bollywood?’ started with many different definitions of Independent Cinema itself and how the audience is evolving to content that is not strictly dreamy, colorful and with a star studded 180 minutes. The audiences are more open and welcome, the markets internationally more warm and the elephant in the room, Bollywood, itself more accepting. And yet, there are enough challenges faced by those belonging to this genre to make up for some interesting stories and an even more entertaining discussion. The young would-be independent filmmakers in the audience were indeed enthused and encouraged by the discussion. Pawan Malhotra, Shyam Benegal and TP Agarwal, chaired the session and the meet was moderated by Atul Tiwari. 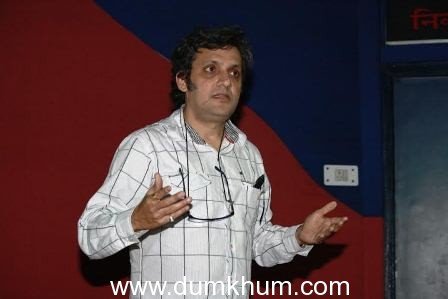 The afternoon bought with itself a vibrant discussion with Kireet Khurana, Director Of Toonpur Ka Superhero in the session ‘Animating Images’. The art of animation is more than just the technical know-how. It’s a mix of imagination, creativeness and technology. To build a perception is as important as building graphic characters. And no amount of animation can replace a good solid story and a detailed, in-depth character. Wow! Three-days and so much already learned, discussed and such wonderful cinema seen. A pleasure for all senses indeed. But the best is not over yet. One more day and its promised to be a real delight for one and all. So, all you movie lovers come and be a part of this great cinematic journey at none other than JFF.