Daredevil Akshay Kumar is scared of his wife! 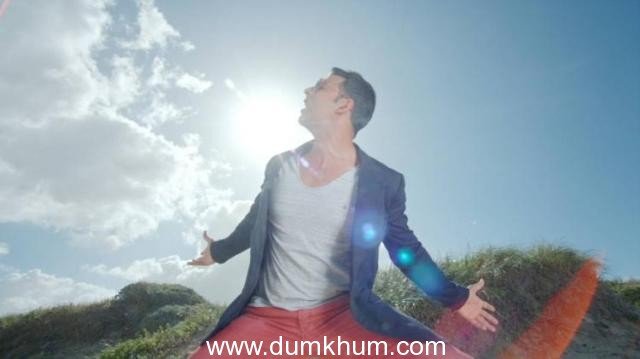 Akshay Kumar claims that he doesn’t know any husband who isn’t scared of his wife! In the latest episode of hotstar Originals series M Bole Toh featuring the stars from Singh Is Bliing, Akshay Kumar, known for his daredevil image and amazing comic timing, is also seen praising his wife Twinkle’s straight forward and honest personality. However, Akshay is quick to add that this trait of his wife also tends to get him in trouble many a time.

Singh Is Bliing is an upcoming action comedy film directed by Prabhu Deva and produced by Ashvini Yardi and Jayantilal Gada under the banners Grazing Goat Pictures and Pen India Pvt. Ltd. Apart from Akshay Kumar, the film features Amy Jackson, Lara Dutta and Deedag Ali in lead roles. The film is scheduled to release on 2nd October.

An episode full of laughter, gags and games, M Bole Toh hosted by Malishka, featuring Akshay Kumar, Prabhu Deva, Amy Jackson & Lara Dutta is live on hotstar. During the show, Akshay will be seen sharing funny behind-the-scene incidents from not only Singh Is Bliing, but also his other films. He is also seen sharing insights into his personal and married life much to the delight of the studio audience. The episode is sure to strike a chord with the fans of Akshay Kumar who is seen letting his guard down and enjoy the freewheeling chat.