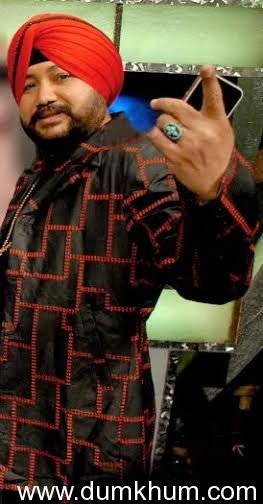 The entertainment industry is always haunted by trademark infringement cases. And while this is very rampant in the west, our stars are no strangers to this too. The latest name to this ever extending list of trademark holders is India’s own King of Indipop, Daler Mehndi.

The popular musician, whose fan base extends across continents, has become the first Indian singer to get his name trademarked. This means Daler Mehndi is no more a name; he is actually a living brand! The case in question dates back to 2002 where the singer won against three parties which led him to instantly trademark his name. If that’s not all, the God of Indipop’s name has been recognised by the WIPO; World Intellectual Property Organisation. Adding yet another gem to his Bejewelled Turban!

The acclaimed name of Daler Mehndi came under threat when the larger than life singer became India’s first celebrity as well as India’s first civilian whose website was targeted by cyber criminals from across the border. A Pakistani hacker with handle “Haxor 99″ from Team MadLeets, had hacked into the renowned singers website. The threat has now been completely nullified. Sources claim that main reason world famous musician is often targeted is because of the massive philanthropic work he does for the needy.