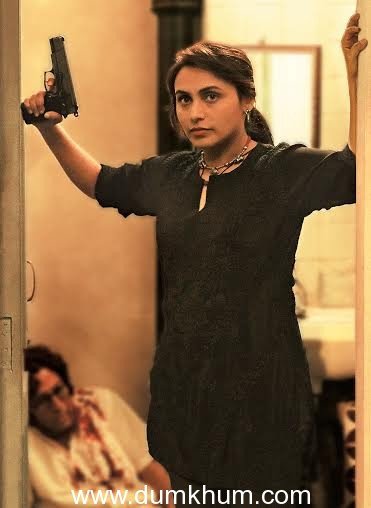 The trailer of the Rani Mukherji starrer, Mardaani has got thumbs up from the crime branch team. Praise has been flowing in for the trailer and the impact has been very strong.

It has garnered appreciation from not only the audiences and from people of the industry but also from crime branch officials.

Rani Mukherji, who is essaying the role of a crime branch officer in the film, met a lot of people from various police departments while she was prepping for her role. Receiving admiration and applause from the people you are portraying gives a different high.

Also others from the industry who could not stop talking about this action packed trailer of Mardaani and Rani’s portrayal of a crime branch officer with a strong message were renowned people from the industry like Aamir Khan, Shekhar Kapur, Raj Kumar Gupta and Ali Abbas Zafar.

Mardaani is the grittiest film of the year with Rani Mukherji doing a level of action that we have never seen her do.

When contacted the spokesperson of the film, they confirmed that crime branch officials from across the country have called and applauded Rani Mukherji’s portrayal of a crime branch officer in the film after watching the trailer.