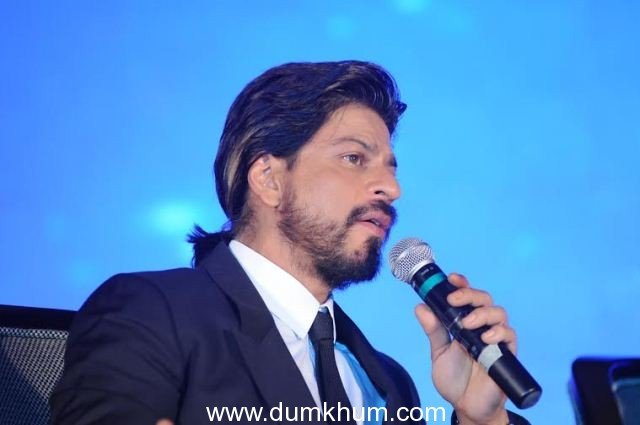 SRK was the chief guest of honor for the evening. Couturier Amy Billimoria presented three extravagant fashion shows in a week, closing it with the talked about show in tinsel town ‘Ticket to Bollywood’ attended by SRK. Amy Billimoria certainly was on a roll showcasing three back to back fashion extravaganzas on the ramp with her newest collection at the prestigious India International Fashion Week ‘14, also walking as a showstopper for one of the celebrated jewellers & much recently presented a show at the ‘Ticket to Bollywood’ attended by SRK with showstoppers television heartthrobs Vivian Dsena & Vahbbiz Dorabjee associating with the Leading Jewelers of the World. The fashionable soiree attended by SRK saw the designer exhibiting her Earth 21 collection, a collection which is an EcoFashion initiative pledging to nurture a sapling until it grows into a tree with every outfit sold by the designer. Shah Rukh Khan had surprise up his sleeves when he was at his witty best and kept the crowd captivated with a mock event on stage “Coffee with Shahrukh” adding more joy and zing to the already peppy atmosphere.

Been in the Fashion Industry for over two decades now, Couturier & Bridal specialist Amy Billimoria has conquered many milestones in the industry. Having bagged many prestigious awards; Lions Gold Awards, Manikchand Designer of the year, The Femina Chrysalis Alumni Trophy, Leela Trophy for best embellishment being few of them, the designer has a clientele comprising of celebrities, socialites & royal families across the globe. Couturier Amy Billimoria has been a patronage of healthy fashion, highlighting fashion environmentalism with her collection & immensely contributing towards global warming.