The award night was sponsored by Star India Painting a whole new world of cinema, creativity and master classes, the 16th Mumbai Film Festival organized by Mumbai Academy of Moving Image (MAMI) traversed from screens straight to the cine goer’s hearts over the last 8 days. A testimony to faith of cinema patrons, the festival saw exemplary success and drew to a close with assurance to return next year with more glitz and glamour. The award ceremony was sponsored by Star India. 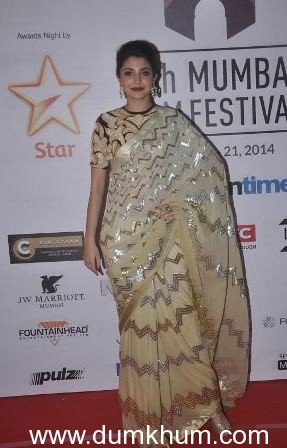 The closing night sparkled in the presence of celebrities such as Madhuri Dixit, Vaani Kapoor, Esha Gupta,  Parineeti Chopra and Anushka Sharma joined by business world stalwarts including Ajay Bijli, Chairman PVR, Gayatri Yadav, CMO, Star India among others and the coveted members of the Jury.

The day saw the best of world cinema being screened across the two venues (PVR Andheri and Cinemax Versova), including ‘Broken Hill Blues’, ‘‘71’, ‘Macondo’ , ‘Theeb’ , ‘Coming Home’, ‘Nymphomaniac Volume I and II’, ‘Jack’, ‘I Am Not Him’, Pride’, ‘Black Coal, Thin Ice’, ‘Gett, The Trial of Viviane Amsalem’, ‘Goodbye to Language – 3D’ and ‘Farewell’ among others. An action packed day on its farewell day gave way to a one-of-its-kind award evening sponsored by Star India that honored the best talent from all corners of the world in the three competitive categories. The renowned jewellery designer and adornologist Varuna D Jani graciously volunteered to design and craft the 15 coveted award trophies for the festival. This is the first time that a jewellery designer has designed the award for the festival. 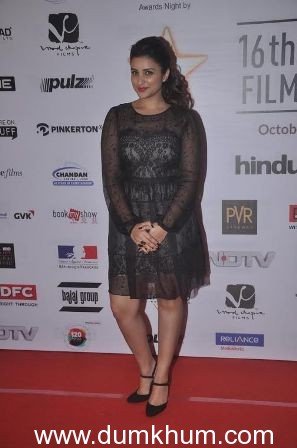 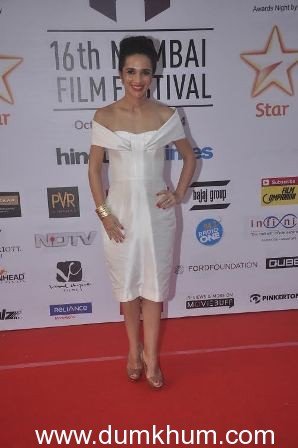 The JURY GRAND PRIZE was awarded with The Silver Gateway of India trophy and was given to the Mexican film, ‘Gueros’ directed by Alonso Ruizpalacios and produced by Ramiro Ruiz Ruiz-Funes. The Jury named Chaitanya Tamhane BEST DIRECTOR for the film ‘Court’ and the film also earned a Special Jury Mention for the Ensemble Cast. Martin Loizillon’s role in the movie ‘Fever’ won him the BEST ACTOR award. The Silver Gateway of India Trophy for BEST ACTRESS was awarded to Liron Ben-Shlush for her role in ‘Next to Her’.

The final award in the International Competition category, Jury Award for the BEST WORK CAMERA won Anthony “Tat” Radcliffe a Silver Gateway of India, for excellence in cinematography in the British historical action film ‘‘71’.

The Indian feature fiction films screened in the India Gold 2014 category brought to the fore many talented directors.  However, Head of jury, Goran Paskaljevic in consultation with eminent jury members including Serge Bromberg, Bai Ling, Prasanna Vithanage and Colin Vaines made a selection after much thought. ‘Chauranga’ directed by Bikas Ranjan Mishra was adjudged the BEST FILM and won the Golden Gateway of India in the category. ‘Killa’ directed by Avinash Arun won the SECOND BEST FILM award, Silver Gateway of India. Ensemble Cast 0f Killa received the Special Jury Award. 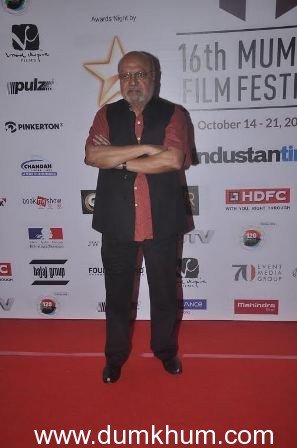 The HT Mumbai Young Critics Jury for the BEST FILM awarded the Silver Gateway of India for the BEST FILM to the Iranian film ‘Ba Digaran’ directed by Nasser Zamiri. While the BEST MUMBAI YOUNG CRITIC went to Akshay Pawar from D.J. Sanghvi College for his innate passion and deep understanding of the film medium. Madhuri Dixit presented her energizing views about the festival and expressed, “Nothing brings people and countries together like cinema. We have movies from all corners of the world. Such festivals are very important for they bring out the films need to be seen, rewarded and recognized. It is our responsibility as guardians of this galaxy called cinema to give new talent the tools and  accessability to help them be creative and better at their art.” 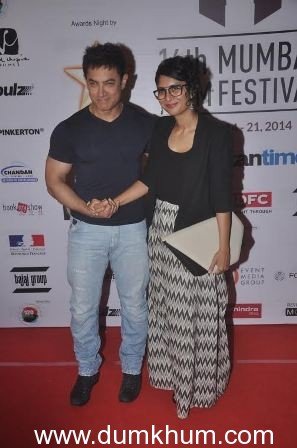 Aamir Khan while declaring the festival closed, said “I was a part of 1st MAMI festival as well and I remember the spirit of that time. The problems it faced this year is a reminder of what this festival means to us and how much Mumbai needs to sustain it. I thank everyone who worked day and night to put up this successful show despite the odds.”

Mr. Srinivasan Narayanan, Festival Director, Mumbai Film Festival expressed his heartfelt gratitude while concluding this year’s festival and said, “For us at MAMI, the Almighty appeared in several forms – Anand Mahindra, Manish Mundra, Rohit Khattar, Neeraj Bajaj, Kiran Rao, Vinod Chopra, Anupama Chopra, and the list is long. Thank you all for making it possible, what appeared mission impossible 45 days back.” The other celebrities who were spotted at the closing ceremony were Vikramaditya Motwane, Vani Kapoor, Onir, Rajat Kapoor, Saurabh Shukla, Esha Gupta, Sujoy Ghosh, Mohit Marwah amongst several others. 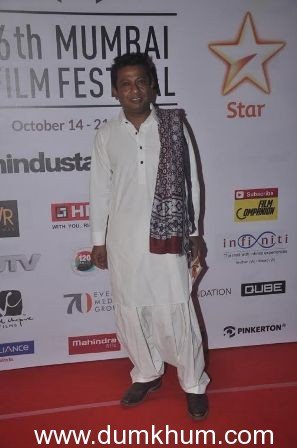 ‘Fury’, a 2014 American war film set during World War II and directed by David Ayer was screened as the finale film of the festival. With over 185 films from 65 countries around the world screened and master classes that inspired, the 16th Mumbai Film Festival organized by MAMI and presented  as well as patronized by film and business world stalwarts was truly a grand success.