~ Dance Extravaganza featuring 12 celebrity contestants commences on July 11, 2015, to air every Saturday and Sunday at 9.00 PM on COLORS ~ Crank up the music; show off those dance moves; sway those hips right, straighten that posture, and don’t forget to bring your attitude along…after all, it’s time for Jhalak Reloaded! COLORS announces the latest edition of its most-awaited celebrity dance reality show, Jhalak Dikhhla Jaa featuring the never-seen-before combination of the new-gen uber cool judge Shahid Kapoor and ultimate visionary Karan Johar. They are joined by dance gurus – technical master Ganesh Hegde and sizzling connoisseur of dance Lauren Gottleib who will oversee the technical aspects of dance. 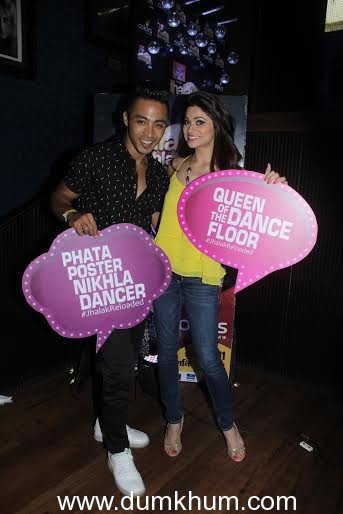 Commenting on the newest edition of Jhalak Dikhhla Jaa, Raj Nayak, CEO – COLORS said, “This year, Jhalak Dikhhla Jaa Reloaded is going to pump up the degree of oomph and entertainment to make for an engaging watch. A fresh panel of judges including Shahid Kapoor, Ganesh Hegde and Lauren Gottleib and the veteran Karan Johar, a wide range of interactive elements, and an all-new level of funk and attitude will create an unparalleled viewing proposition for the viewers. With a treasure trove of surprises accosting viewers at every juncture, Jhalak Dikhhla Jaa Reloaded, with its opulence, will be a dance bonanza unlike any other.” Adding further, he said, “As we launch Jhalak Dikhhla Jaa Reloaded, we are proud to associate with Cadbury Bournvita as Presenting Sponsors for the fourth year in a row. It is their continued confidence in brand COLORS that has fortified our relationship with them enabling us to create unique integration opportunities connecting with our audiences year-after-year.” For the first time ever, the show will feature a never-seen-before combination of showmanship and technical acumen will raise the freshness quotient and appeal of the show. Known for his uber-cool style, Shahid Kapoor will exude his signature confidence and spunk on the show, donning multiple hats setting him apart from the conventional reality show judge. Joining Shahid, will be tough-to-please judge Karan Johar whose incomparable experience of the Jhalak format will make him the one-to-impress. Dance master par excellence, Ganesh Hedge will showcase his technical expertise, helping contestants to fine tune their performance and reload them to an all-new level. Exuding oomph and style, perfectionist to the tee, Lauren Gottleib will highlight the importance of being artistic expression in every performance. Commenting on the new elements that promise to make this season of Jhalak Dikhhla Jaa truly Reloaded, Manisha Sharma, Programming Head – COLORS, said, “Jhalak Dikhhla Jaa has been a pioneer in the dance-based reality show genre and has set exceptional standards for dance, entertainment and engagement. This year we have tweaked the show at different levels in order to   Reload it with entertainment. With an innovative thought and approach, we are putting together an offering which is going to be high on attitude. With Shahid Kapoor, Karan Johar, Lauren Gottleib and Ganesh Hegde approaching dance in a more holistic manner, it’s our endeavour to create a unique brand of entertainment that will set the show apart from its contemporaries.” 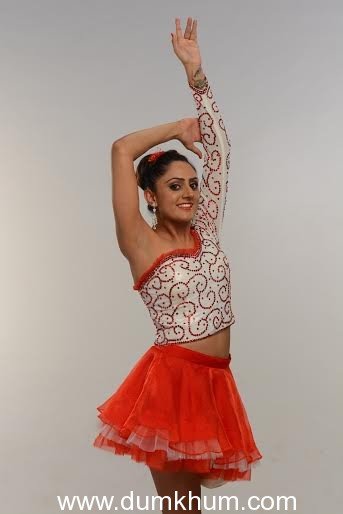 Besides the new line-up of judges will elevate competition levels on the show, a stream of twists of turns with newer elements will consistently change the game for the contestants with every passing week. This year, viewer interactivity will be at an all-time high on Jhalak Dikhhla Jaa Reloaded; a first-of-its kind spotlight will take the show beyond its celebrity contestants as the common man showcases his closeted passion and enthusiasm for dance. Adding to the fun charts, will be judges Shahid Kapoor and Karan Johar whose friendly banter and playful camaraderie will lighten the environment even during the toughest situations. Commenting on the show, Myleeta Aga, SVP and GM, BBC Worldwide, India and Content Head Asia, said “We have been overwhelmed by the ever-growing popularity of Jhalak Dikhhla Jaa, in India, and around the world.  The Hindi adaptation of the BBC format of Dancing with the Stars has been seen in more than 50 countries around the world, and Jhalak is one of the most popular versions.  This year, we have pushed ourselves further to deliver an even glitzier, exciting, nail-biting show with new elements and fresh faces.  We are confident that Jhalak Reloaded will again emerge as the most popular dance entertainment programme this year.” A high decibel marketing and digital campaign has been devised to elevate the stature of Jhalak Dikhhla Jaa Reloaded. The 360-degree integrated marketing campaign will extend across mediums such as print, over 6 genres of channels, DTH and Outdoor. As a part of the digital promotion strategy, Jhalak Dikhhla Jaa Reloaded will be promoted across social media platforms including Facebook, Twitter, Instagram and YouTube. All in all, it will be dance masti that will prevail keeping viewers entertained!