If there is one thing that everyone wishes for, it is that their children do not go through the hardships that they have faced in their own life. The story will come a full circle on COLORS’ flagship show, Balika Vadhu as an 11-year leap sets the stage for a new era led by Anandi’s daughter, Nimboli whose lost childhood is shrouded by the travails of being a child bride. Leading a chaste life with the only family she has truly known since birth, it is Nimboli’s endearing personality that pulls at the heartstrings of everyone around her.

As the show becomes the longest running daily drama series on Indian television with maximum number of episodes, Nimboli’s journey on Balika Vadhu kicks off starting 4th March, 2015 and will air every Monday to Saturday at 8:00 PM on COLORS. Commenting on the new age dawning in Balika Vadhu, Raj Nayak, CEO – COLORS, said, “The success of Balika Vadhu is synonymous with our success as an entertainment channel because it become a key identifier for our offerings to viewers. Over the years, Balika Vadhu has become a global phenomenon through characters which resonate with viewers across the world. As we now enter a new phase on the show, with the promise to showcase newer entertainment avenues, we are proud to celebrate the milestone of being the longest running fiction drama on Indian television. This landmark achievement could not have been possible without our viewers’ unending love and relentless support and the hardwork of our creative team and our producers”. 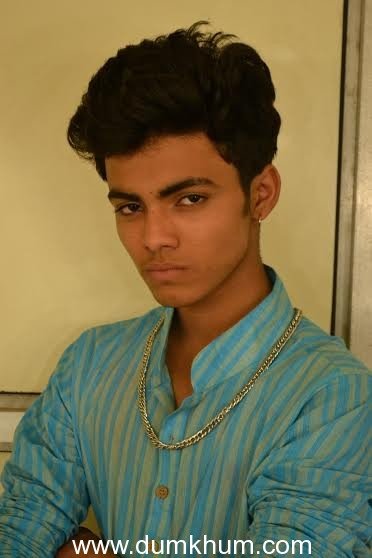 As the story moves forward by 11 years, Balika Vadhu will now highlight the life of Anandi’s daughter Nandini who, unknown to her mother, has been subjected to a thali wedding when kidnapped as an infant. A single mother and widow, Anandi’s heart cries out for her missing daughter. But, she eventually finds solace in becoming a social activist after establishing a gurukul for women who have been wronged in life. Even as Anandi’s yearning for her daughter continues to grow over the years as she prays for her daughter’s welfare, Nandini is rechristened as Nimboli by her tough-to-please in-laws who consider her to be as bitter as the fruit of a neem tree. Nimboli has one dream…to be free and enjoy her life, but her dreams are quashed by her insensitive in-laws and husband. Growing up in a household where gender bias and inequality are the way of life, Nimboli finds an ally in Mangala Devi who is her guiding light and supporter through every hardship that comes her way. Commenting on the new era, Manisha Sharma, Programming Head – COLORS, said, “After entertaining viewers through a record-breaking no of episodes, Balika Vadhu is now ready for a brand new chapter to unfurl in the lives of Anandi and her children. The unpredictable journey peppered by sharp twists in Anandi’s journey has enabled us to deliver meaningful content to our viewers every single day. Over the past 7 years, we have not only showcased the story of a child bride, but also touched upon various issues such as adult education, widow remarriage, adoption and many more which have established Anandi as the face of change. And now, as Nimboli’s life as the new Balika Vadhu is about to begin, the story comes a full circle with child marriage being at the helm of a new journey on the show.” Speaking about the new phase in the show, Toral Rasputra aka Anandi, said, “Balika Vadhu has been all about Anandi for the past 7 years. And now, as Anandi’s daughter finds herself caught in the same situation and history is repeating itself, a new journey is set to begin…from the eyes from Nimboli. Over the years, Anandi’s stature has grown by leaps and bounds, and she has, today, become the voice of reason which the entire country looks up to. Portraying the character of a mother whose child has been snatched from her arms has many emotional nuances which have helped me grow as an actor. I hope that the viewers are supportive of this new undertaking in Balika Vadhu and give as much love to Nimboli as they have to Anandi.” As the story Balika Vadhu readies to move forward, COLORS has roped in 11-year-old Baroda resident, Gracy Goswami to portray the character of young Nimboli whose life and dreams have been compromised since she was an infant. Stepping into the shoes of Anandi’s daughter, Gracy Goswami aka Nimboli said, “For more than a year now, I have watched Balika Vadhu with my mother and wondered it is like for young girls who find themselves trapped in this situation. Nimboli is much like me – a mischievous young girl with a whole lot of questions in her mind. Balika Vadhu is an educative show highlighting the wrongs that happen in our society, and I feel extremely lucky to be playing the daughter of an inspirational character like Anandi. I hope that fans of the show enjoy watching me on screen and support my character.” Speaking about the leap, producer Sunjoy Waddhwa from Sphere Origins said, “When we launched Balika Vadhu, little did we know that the show will become the phenomenon that changed the face of Indian television to what it is today. It is extremely satisfying for us to see the show’s popularity continue soar as Balika Vadhu becomes the longest running drama on television. Balika Vadhu has been a beacon of change in the society and we hope that the fresh perspective through the eyes of Nimboli will continue to find mass appeal amongst viewers across the country.” Nimboli’s journey to find herself on Balika Vadhu will go on-air starting 4th March, 2015 and will air every Monday to Saturday at 8:00 PM on COLORS!