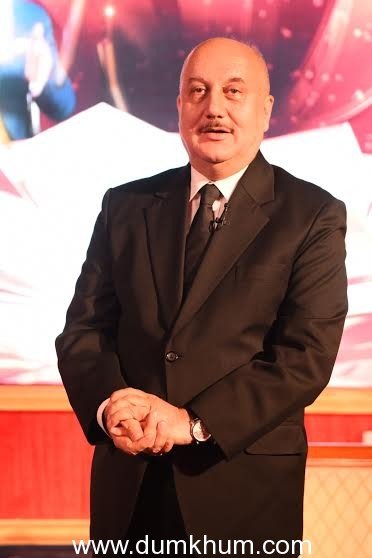 After the success of Season 1, COLORS announces Season 2 of The Anupam Kher Show #KucchBhiHoSaktaHai

Eminent personalities like Anil Kapoor, Priyanka Chopra, Kajol, Madhuri Dixit-Nene, Suresh Raina, Rishi Kapoor, Waheeda Rehman and Asha Parekh in a free-wheeling chat with Anupam will take viewers through their milestones and hurdles of their journey to fame and success ~ Produced by host Anupam Kher’s Actor Prepares Production, show to premiere on 2nd August, 2015, every Sunday at 8:00 PM on COLORS

We look up to celebrities for the larger-than-life roles they play on screen. The stories of cricketers and film-stars seem like they’ve been guided by destiny and serendipity. Behind the seemingly glamourous lives, is a long journey on an unpaved road with stumbling blocks and stubborn boulders. What has made their journey so different from ours? How did their ordeal end in sweet success? How did they win and rule a billion hearts and even made their critics sing with delight? How did they change their fortunes to make their futures the talk of town? For all those questions in the wavering mind, the answer is COLORS’ offering The Anupam Kher Show – Kucch Bhi Ho Sakta Hai. Hosted by the veteran actor and developed by his television production house Actor Prepares Production, the show will take viewers on an unprecedented journey into the lives of the biggest entertainers in the country as they share pearls of wisdom showcasing them as shining beacons of aspiration. Season 2 of The Anupam Kher Show – Kucch Bhi Ho Sakta Hai is set to touch lives starting 2nd August, 2015, every Sunday at 8:00 PM on COLORS.

Commenting on the launch of the second season of the show, Raj Nayak, CEO – COLORS, said, “Uninhibited chats are the best form of conversation; and Anupam Kher is a master at urging people to open up about their lives. Last season, The Anupam Kher Show created waves as celebrities from different walks of life surprised viewers with their candid revelations about the inner workings of their minds through adversity. With the launch of the second season of the show, we are looking forward to extending the conversations across a larger audience group and engaging them further about daring to dream and achieving success they have strived for.” 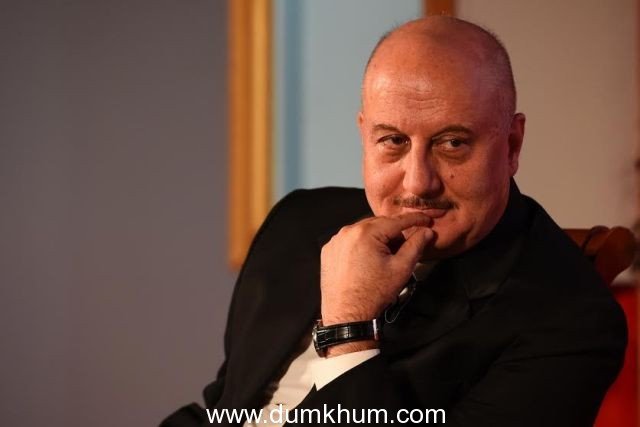 In its second season, The Anupam Kher Show – Kucch Bhi Ho Sakta Hai delves into the deeply-rooted pages from the book of life of celebrities as they reveal lesser known facts, experiences on the way to stardom, hurdles faced on the path to success, heartbreaks, moments of resurrection and more. The conversations, this year, will focus on the importance of hard-work and self-belief in overcoming challenges to taste success and achieve accolades. The mood on the sets will be cozy and comfortable creating the aura of an intimacy encouraging the celebrity guests to share interesting anecdotes from their lives; glimpses into what propelled them forward and achieve their dreams. Season 2 of the show will feature celebrities like Anil Kapoor, Priyanka Chopra, Kajol, Madhuri Dixit-Nene, Suresh Raina, Gulzar, Rishi Kapoor, Tabu, Manoj Bajpai, Irrfan Khan, Waheeda Rehman, Asha Parekh, Paresh Rawal, Boman Irani, Sania Mirza, and Sonu Nigam.

Commenting on the second season of the show, Anupam Kher, Producer from Actor Prepares Production said, “Through my experiences in the industry, I have learnt that giving up is never an option; it is only an escape route from the challenges that could in fact, be monumental in shaping one’s lives. As we return with the second season of the show, the aim was to make The Anupam Kher Show – Kucch Bhi Ho Sakta Hai an endearing proposition that strikes an emotional chord with viewers while narrating a tale of positivity and perseverance. I hope that the nuggets of inspiration that we have been able to extract from the guests this year will appeal to viewers and convince them that the silver lining will find them in even the most clouded situations.”

Season 2 of The Anupam Kher Show – Kucch Bhi Ho Sakta Hai will be promoted extensively across traditional and digital media platforms engaging viewers with the jewels of experience that the celebrities share during the course of the series. For the show, COLORS has roped in Henko Detergents as the Powered By sponsors for the second year in a row.