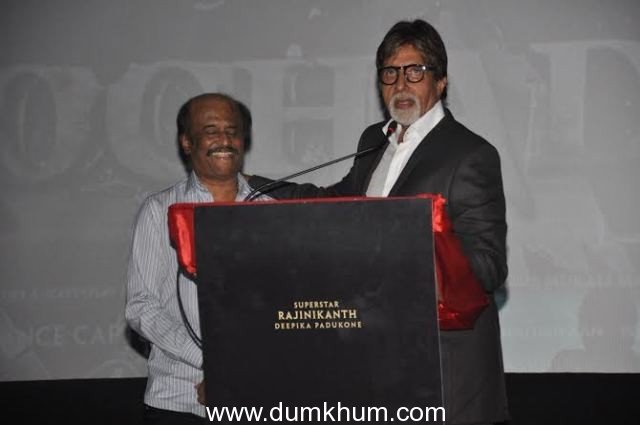 The Hindi curtain raiser of Eros International and MediaOne Global’s magnum opus Kochadaiiyaan turned out to be an affair to remember, with the biggest names in Bollywood and dignitaries from the South gracing the occasion as director Soundarya Rajnikanth Ashwin introduced the city to India’s first ever photo realistic motion capture film.

While Shah Rukh Khan flew to Chennai for the Tamil trailer launch of  Kochadaiiyaan , the Hindi curtain raiser launch saw Amitabh Bachchan attend as chief guest. Hosted by Kunal Roy Kapoor ,the event took place at a popular multiplex in the suburbs with special German technology employed for a  live streaming of the event in the adjacent screens. On the occasion said Superstar Rajinikanth, “ Its an emotional moment for me to be present here with all the great names of cinema and my dear friends who have come to bless my daughter on the occasion of her first film.Soundarya has always been obsessed with pictures and images right from her childhood and it was wife Lata who recognized this talent in her and here she is today with Kochadaiiyaan.I hope audiences appreciate the film”.

Said director Soundarya Ashwin Rajnikanth, “I have been passionately involved in film animation techniques and production for the last six years and for Kochadaiiyaan we wanted to do something unique and decided to do this with the use of Motion Capture technology which was never attempted in its full band-with in India before. The technology truly captured the essence of the actor’s performance, but at the same time allowed us unlimited creativity on all grounds from creating character’s looks, building lavish sets, directing expansive fight sequences and creating elaborate costumes. I do hope Kochadaiiyaan will be a game-changer for Indian cinema on a global level” 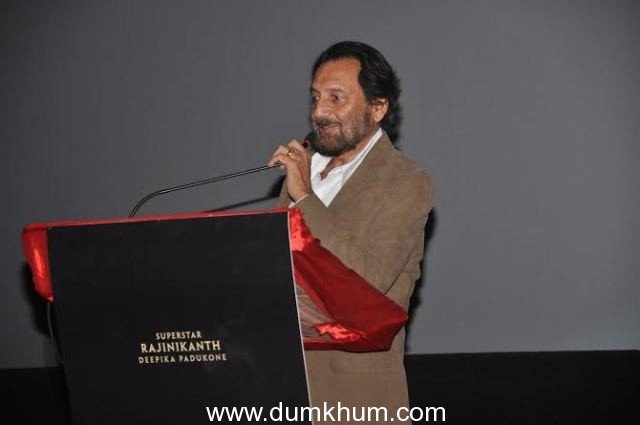 Said Amitabh Bachchan having watched glimpses of the making of the film “ What we just saw was nothing short of spectacular – What is even more commendable is the fact that a woman (Soundarya) has pioneered this in the country.When the history of Indian Cinema is written,it will be before Kochadaiiyaan and after Kochadaiiyaan”. 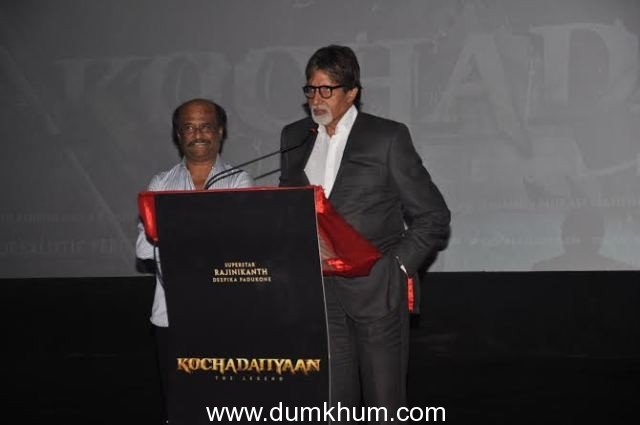