In a bid to expand the market for Children’s film and encourage talent in the country, Children’s Film Society India (CFSI) has announced the launch of a three day National children’s film festival for the first time ever. The move comes close on the heels of the Hon’ble Prime Minister, Shri Narendra Modiji’s cleanliness drive announcement and in keeping with his vision; CFSI has announced the central theme of the festival as ‘Swachhta’.

Entitled as National Children’s Film Festival (NCFF), the event will focus on Children’s films which are either made or shot in India or the makers are Indian. The festival is a three day event, which will kick-start at the capital New Delhi in Siri fort Auditorium from 14th November, Children’s Day and conclude on 16th November 2014.NCFF will be organized by CSFI every alternate year.

The festival will screen a score of unreleased films with CFSI’s production and latest offering, Pappu Ki Pugdandi leading the pack. Other fresh content that will be showcased in the festival are Shortcut Safari which will be premiered for the first time , The Goal, Mahek Mirza , Ek Ajooba (CSFI productions)  Kummati, Krish Trish and Baltiboy- 3 (curated films). The films are carefully handpicked to create an opportunity for children to experience qualitative content made exclusively for them. Some of these films have won several awards, globally.

Talking about the festival, Mr. Shravan Kumar, CEO, CFSI said, “At CFSI we not only want to make films but also make film makers. The objective behind this festival is not just to expand the children’s film market or encourage makers to come forward but also to nurture talent from a very young age. If we can showcase the right content and create a conducive environment for children to pursue film making or allied creative career paths, I ‘m sure we will get great talent emerging out of our country. Films, I believe is the most powerful medium and if used effectively we can entertain while addressing various pressing issues”.

In Delhi, the festival will take place at Siri Fort Auditorium. NCFF has garnered eyeballs from the country’s celebrated Bollywood personalities such as Mr. Amitabh Bachchan, Mr. Ajay Devgn and Ms. Sonakshi Sinha, who have culled out time from their busy schedule to wish CFSI and NCFF through video bytes. Other celebrities will conduct wokshops and participate in cultural activities.

NCFF will present itself as a carnival to woo young audiences and also lend itself as a learning platform through various workshops such as dance, music, magic act, animation and a special focused workshop on Chaplin based on the film “Boot Cake”. There will be a kids mela where children can have fun galore after watching good cinema. Children will be encouraged to take part in various competitions such as Painting on Swachhta, Digital Collage making on Clean India & Craft on making utility items through waste materials. Armed with the objective of developing a taste for good cinema, CFSI will also organize FILM WORKSHOPS for children with a view to getting them acquainted with the basics of film making.  These Workshops will be conducted by experts from film institutes including FTII for groups of talented and deserving children between the age group of 5 to 16 years.

The Festival screenings in Delhi, will be arranged in Auditoriums I, II and III at Siri Fort, Khel Gaon daily, with 2 shows at 10.00 a.m., 2.30 p.m. for children. Admission will be free for all shows however; the entry for children will be regulated through the educational institutions on a first come first serve basis. I would like to congratulate CFSI on this brilliant initiative of organizing a National children’s festival cohesively every alternate year. I want to extend my heartfelt good wishes to all the children involved in the festival and CFSI for the success of NCFF. We must all come together to watch these films and work towards a conducive environment to create platforms where such films can be showcased. This year the focus of the festival is Swatchta (cleanliness) and we should work towards spreading the message consistently through the year. 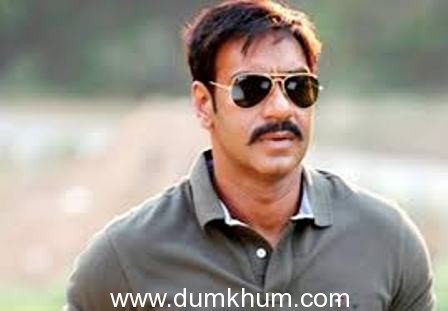 Ajay Devgn says, “Children’s Film Society of India is doing a wonderful job by making films for kids. I wish the Children Film Society of India all the very best for National Children Film Festival which is going to happen now regularly every alternate year. Swahchhata is the theme of the festival which is very important and they should be really promoted. Happy Children’s day to all the kids. Have fun and enjoy cinema.” 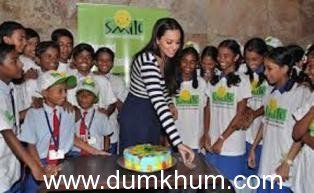 Sonakshi Sinha says, “The Children’s Film Society of India is doing a wonderful job for making films for children. I like to wish them all the very best for the National Children Film festival which is going to happen every alternate year. The theme of the festival is Swachchhata and am really looking forward to it. I wish all the kids a very very happy Children’s day. Have a great festival.”