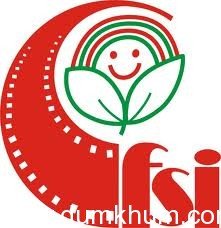 The Children’s Film Society India has opened the doors for all aspiring and young directors to send in their entries to the 18th International Film festival of India.

The International Children’s Film Festival India (ICFFI) also popularly known as The Golden Elephant is a biennial festival that strives to bring the most delightful and imaginative national and international children’s cinema to young audiences in India. Outstanding features, shorts, live action and animation films are screened over seven days from 14 to 20 November 2013 of festive celebrations, attended by more than one hundred thousand children and hundreds of film professionals from across the world.

Built on the visions of Late PM Jawaharlal Nehru, the festival is held from 14th November after every two years. Pandit Nehru established CFSI soon after India’s independence with the hope that indigenous and exclusive cinema for children would stimulate their creativity, compassion and critical thinking. ICFI is one of the largest and most colorful children’s film festivals in the world. A unique feature of the festival is its audience: more than a hundred thousand children travel from little villages and towns from across India to view high quality international children’s cinema that they would never be exposed to otherwise. Chairman Amole Gupte is really proud of this venture. He said, “ICFFI is growing big every Edition. We are really hopeful that this will be the best year yet”.

Dr Shravan Kumar, the Festival Director of CFSI is looking forward to entries from talented Children Film’s Directors from India and across the world. He is excited about the global impact this festival makes and the educational repercussion on the next generation based on the selected content from ICFFI every year ICFFI is organized by Children’s Film Society India (CFSI) – an autonomous body under the Ministry of Information & Broadcasting, Government of India committed to nurturing a dynamic children’s film culture in the country. Since its inception in 1955, CFSI has been producing, exhibiting and distributing exclusive, entertaining and enriching content for children. CFSI is currently chaired by Amole Gupte – renowned director and actor. A very Senior IRS Officer Dr. Shravan Kumar is the CEO.

Entries for 18th ICFF can be sent at www.cfsindia.org