According to the sources -Movie was housefull at the Osians in Delhi,audience were so excited to see the film that they didn’t even hesitate to sit on the floor to see the film. 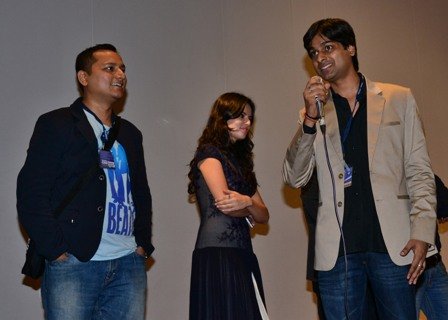 PRAGUE  is the first of Indo-Swiss co production for an Indian movie, It’s the debut film of director Ashish Shukla and is being billed as a psychological thriller about the story of an architect. A source close to Chandan Roy Sanyal says, “PRAGUE is very close to Chandan,not only because its his first Solo movie but also because the movie has an International Appeal with a very exciting subject.”  He is really kicked about the movie and gives complete credit to his Producer friend Rohit Khaitan. CHandan Roy Sanyal adds that without ROhit the movie would not have been possible. It was Rohit’s vision of such a cinema which is exciting the audience.I was really thrilled with the response we received at Ocian Film Festival.