Celebrating the Legends With 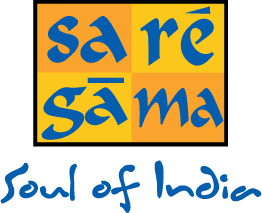 This September in the run up to the of 100th year anniversary Bollywood, Saregama Events presents to the UK audience an event that has been awaited with baited breath – This ‘once in a lifetime’ UK concert tour will pay tribute to some of the greatest singers from the Indian sub continent as we celebrate 100 years of Bollywood cinema. To this end, modern yet classically trained singing sensations Roop Kumar Rathod and Sunali Rathod (the voices behind many contemporary hits, from Bollywood blockbusters to Ghazals and Sufi songs) will showcase the incredible vocal talents of legends Mohammad Rafi, Lata Mangeshkar, Talat Mahmood and Noor Jehan in what promises to be a musical masterpiece.

The husband and wife duo will travel to Birmingham, Leicester and London, taking UK audiences on a trip down memory lane in an evening of timeless classics from a bygone era, in addition to Roop’s own hits from Bollywood such as ‘Tujh Mein Rab Dikhta Hai’ (Rab Ne Bana Di Jodi), ‘Tere Liye’ (Veer Zara), ‘Maula Mere Maula’ (Anwar), the award winning ‘Sandesein Aate Hai’ and ‘To Chaloon’ (Border) to name a few. According to Roop and Sunali, “The exhilarating response that we got on our UK tour in 2010 has encouraged us to come back to be with our favorite audience one more time. We are thrilled that Saregama Events are doing this. We are completing 100 years of Indian cinema next year, but if we try to count the names and pay homage to all those responsible it will take another 100 years. So in our own innovative style, we will sing not only our own popular numbers but also gems from the Golden era of cinema.” With a fan following of millions around the globe, the likes of Rafi, Lata, Talat and Noor need little introduction. Nevertheless, Saregama recognizes the importance of showcasing India’s classic singers and songs. 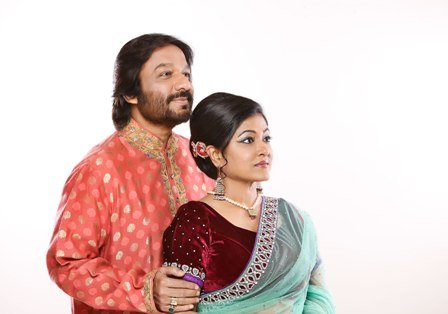 “Celebrating the Legends is our grandest project to date and we don’t mind being loud and proud about it. We will be honoring some of the sub continent’s finest singers and their landmark songs. Roop and Sunali are classically trained musicians and yet commercially successful therefore are the most appropriate choice to pay tribute to these great artists, made especially poignant in the lead up to the 100th anniversary. Roop’s silken voice is perfect to do justice to greats like Rafi and Talat,

but with a new spin to it, while Sunali’s versatile vocals will evoke memories of Lata and Noor at their peak.” – Amarpal Singh Gaind (Saregama Head of Operations- Europe)

Generally considered to be one of the greatest Indian male playback singers of all time, Mohammad Rafi’s (1924-1980) range of work included everything from classical numbers to patriotic songs, sad lamentations and romantic numbers to ghazals, qawwalis, and bhajans.

Often referred to as the ‘Nightingale of India’, few female singers have been able to match the perfection and popularity of Lata Mangeshkar (1929-present), the only living artist from the four legends being honoured. With a career panning over six and a half decades, the respected playback artiste has recorded songs for over a thousand Hindi films and has sung in over thirty-six regional Indian and foreign language films

Known for his handsome looks as much as his singing talent, Talat Mahmood (1924-1998) acted and sang in numerous popular Hindi films and excelled in ghazals and heart rendering ballads. His soft vocal tone and emotional renditions are remembered till today.

One of the earliest child actors to progress into the industry as an adult, Noor Jehan (1926-2000) was best known as a charismatic singer and actress in British India and Pakistan. Till today her robust screen and stage performances are a toast of Indian and Pakistani society.

Modern Bollywood music fans will recognise Roop Kumar Rathod as the voice of superstar Shah Rukh Khan in ‘Tujh Mein Rab Dikhta Hai’ from Rab Ne Bana Di Jodi, ‘Tere Liye’ from Veer Zara, ‘Maula Mere Maula’ from Anwar, the award winning ‘Sandesein Aate Hai’ and ‘To Chaloon’ from Border, ‘Barson Yaaron’ from London Dreams, ‘Vatna Ve’ from Pinjar, ‘Dil Ko Tumse Payar Hua’ from Rehna Hai Tere Dil Mein, ‘Zindagi Maut Na Ban Jaye’ from Sarfarosh, ‘Salaam Aya’ from Veer and most recently ‘O Saiyaan’ from Agneepath 2012. Also a veteran of ghazal, bhajans, Sufi and light classical genres, together with his wife Sunali, Roop has performed numerous stage concerts around the world and been given the accolade of one of the finest voices in the industry.

Equally talented and a charming soul mate to Roop is Sunali Rathod. Sunali began to sing at a young age of seven and received formal training in Indian Classical music at the age of twelve from Pandit Ridnath Mangeshkar (brother of Lata Mangeshkar). Well known in the classical and ghazal genres, Sunali’s perfectionist nature and vast knowledge of Indian cinema and music has made her the ideal companion to Roop. Her solo ghazal album, Aghaaz, may have catapulted her to fame, but it is Sunali’s love for all kinds of contemporary music that contributes to her versatility.

Roop and Sunali have of course synchronised their artistry by releasing several acclaimed albums including Ishaara, Sun Zara, Velvet Voices and Mann Pasand.

Saregama PLC, UK is a subsidiary company of Saregama India Ltd, formerly known as The Gramophone Company of India Ltd., India’s largest and best-known music recording company. The Company has been intimately associated with the development of Indian music from the time the first recording was made on Indian soil in 1902.

Saregama branched out in live events in the UK in 2008 with the watershed ‘Rafi Resurrected’ tour with Sonu Niigaam. Thereafter they have put on stage ‘Remembering Nusrat’ (October 2009), ‘Simply Rahat’ (March 2010) with Ustad Rahat Fateh Ali Khan followed by his ‘UK Tour’ (June 2011), ‘An Evening with Roop Kumar and Sunali Rathod’ (October 2010), ‘Asha Bhosle and Shujaat Khan Live in Concert’ (March 2011) and most recently ‘Kailash Kher and his band Kailasa’ (April 2012).