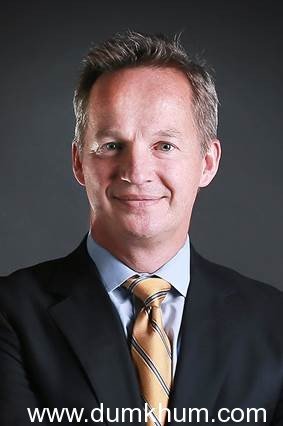 Cathay Pacific Airways today announced that Rupert Hogg will take up the position of Chief Operating Officer in the airline with effect from March 2014. Mr Hogg will at the same time become a Director of Cathay Pacific.

Mr Hogg, aged 51, is currently Director Sales & Marketing – a position he took up in August 2010 with responsibility for Cathay Pacific Group’s sales and marketing activities worldwide. From 2008 to 2010 he was Director Cargo, overseeing all aspects of the Group’s cargo business including operations, marketing and sales.

Mr Hogg joined John Swire & Sons in 1986 and worked with Cathay Pacific from 1988 to 1997 in a variety of management positions, both in Hong Kong and Southeast Asia.

From 2002 to 2008, Mr Hogg was Managing Director of James Finlay Limited – a wholly owned subsidiary of John Swire & Sons Limited. James Finlay is the holding company of a group engaged in substantial tea and horticultural businesses. From 1998 to 2002, Mr Hogg held management positions in the Swire group in Australia.