Catch the first look of Koffee With Karan, Season 4 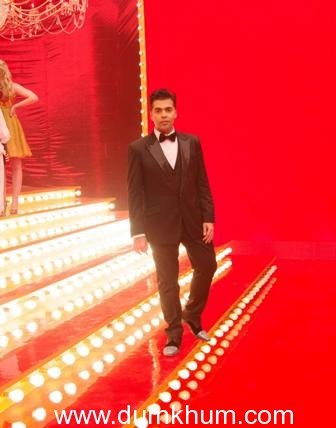 Karan Johar is back to enthrall television audiences with a brand new season of Koffee with Karan with the tagline ‘Behind the Scenes. Beneath the Sheets’. Entering its fourth season, the popular talk show will be back on the 1st of December with an exciting new guest list. Expect the unexpected, as friends and foes, star families and couples come over for a friendly cup and a whole lot of conversation with Karan. Johar has also shot a new promo for the latest season where he will be seen in a special Broadway-esque musical, marking the first look of what season four has in store. The promo goes on air on the 1st of November only on Star World. Catch the complete video online.