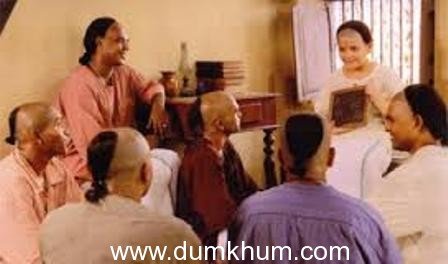 Camphor Cinema along with the cast / crew of the English-Tamil Biopic ‘Ramanujan’ remembers the mathematical genius on his 126th Birthday, 22nd December 2013.  With no formal training in pure mathematics, Srinivasa Ramanujan made significant and extraordinary contributions to mathematical analysis, number theory, infinite series, and continued fractions. During his short lifetime, Ramanujan independently compiled nearly 3900 results mostly focusing on identities and equations and nearly all his claims have now been proven correct. On December 2011, in recognition of his contribution to mathematics, the Government of India declared that Ramanujan’s birthday i.e. 22 December should be celebrated every year as National Mathematics Day,

Proud to be making a film on the unsung hero, director Gnana Rajasekaran says, “Ramanujan’s skills in mathematics were stupendous since he was a young boy, but instead of being celebrated for his talent, he suffered due to lack of recognition by society and academia. He carried his skill like a cross throughout his life. That is what pushed me to make a movie about him. Ramanujan’s life is relevant to society today: how do we treat our geniuses, do we understand them or push them to madness, poverty and suffering?… These are the questions Ramanujan’s life answers.It’s an honour to have made a film on the math genius”

Rekha’s step nephew ‘Abhinay Vaddi’ who plays the role of the genius mathematician in the English- Tamil Biopic, says, “Srinivasa Ramanujan’s is one of the most romantic stories in the history of mathematics. Playing this important role on celluloid about a common man with a natural talent who was determined to follow his passion breaking all norms and conventions was a dream come true for me…..”

Suhasini Maniratnam expresses, “Ramanujan is an unsung genius but I don’t think he cared about recognition and adulation which made him a class apart…playing his mother is one of the best achievements in my life. The character I  play is easily one out of the best 10 roles in my 285 films acting career. “

Sharanyan Nadathur, producer – Camphor Cinema, says, “We wish that our movie would inspire parents to identify the hidden talent in their children and motivate them to pursue their passion, no matter how tough the path to success is.”

Sushant Desai, producer – Camphor Cinema, says, “Ramanujan’s journey from British India to England in search of recognition is an extraordinary story. It is a tale of perseverance against all odds. Our film is a tribute to the great genius and 22nd December being Ramanujan’s birthday is a very special day for the entire cast and crew of our film.”

On Ramanujan’s birthday, the Tamil version of the film’s poster will be released.