Carl Lewis to be Event Ambassador for TCS World 10K Bangalore,  The incomparable Carl Lewis, an athlete who has won 10 spectacular Olympic medals that comprise nine gold and 10 World Championship medals, including eight gold, has been confirmed as the Event Ambassador for the TCS World 10K Bangalore 2014, which will be flagged off from Sree Kanteerava Stadium on May 18this year.

“It gives me great joy to come to India, a country I love and respect, to spread the magic of running and sport amongst the beautiful populace. In the last decade or so, India has witnessed a running revolution and the sport has grown manifold in terms of strength, popularity and interest generated,” said Carl Lewis about visiting India. 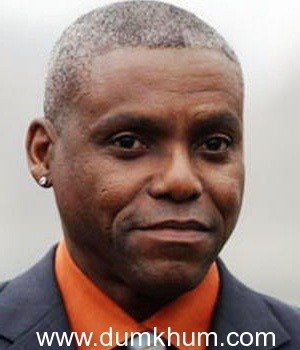 Carl Lewis’ presence at the TCS World 10K Bangalore – as one of the most successful Olympic athletes of all time – will be a historic day for the Indian running community. Running enthusiasts across the country will benefit immensely through the luminary’s advice, encouragement, and presence during the run.

“The TCS World 10K is an ideal blend of speed and endurance and I’m sure the run will attract many of the best in the world. It’s an honour for me to be associated with the event and witness, in action, these running enthusiasts. I hope my presence will only inspire and encourage them to reach greater heights of performance and success”, said the legendary Olympian talking about the run. Vivek B. Singh, Jt. MD, Procam International, stated, “We are excited and privileged that the city of Bangalore will host the legendary Olympian Carl Lewis as Event Ambassador at the TCS World 10K Bangalore 2014.. Apart from enriching us with his presence, I’m sure he will provide a further fillip to the world’s premier 10K in terms of charity and registrations. Procam has always endeavoured to bring to India the most distinguished sporting icons and hosting the ‘Sportsman of the Century’ is our gift to the running community for supporting us at every step of our journey.”

Procam International’s three long distance events, held in Mumbai, Delhi and Bangalore, have had some of the world’s most distinguished sporting icons as Event Ambassadors. In line with Procam International’s efforts to bring to India some of the world’s most accomplished sportsmen to raise the profile of the sport of distance running, Carl will join this roll of stars and be present in Bangalore. In the days leading up to the event, he will meet and interact with the participants, the media as well as the sponsors and event partners.

Referred to as one of the most successful Olympic athletes of all time, Carl has competed in four Olympic Games. He won nine gold medals, including four at the 1984 Olympics in Los Angeles. His Olympic gold medals came first in 1984 in the 100 metres, where he set an Olympic record by besting the next closest runner by a record eight feet, 200 metres, 4×100 metres relay and long jump.  At the 1988 Olympics in Seoul, South Korea, Carl won gold in the 100-metre final and was credited with a world record. In the 1992 Olympics in Barcelona, Lewis jumped 8.67 m in the first round of the long jump. In the 4 × 100 m relay, Lewis anchored another world record, in 37.40 seconds, a time, which stood for 16 years. He covered the final leg in 8.85 seconds, winning two gold medals at the event. In 1996, Lewis qualified for the American Olympic team a record fifth time in the long jump. He won gold and became one of only three Olympians to win the same individual event four times.

In his seventeen-year career, the dominant sprinter and long jumper often topped the world rankings in the 100-metre, 200-metre and long jump events beginning 1981 until the early 90s.

His world record in the indoor long jump has remained unbeaten since 1984 and a stunning 65 consecutive victories in long jump, achieved over a span of 10 years, is one of the sport’s longest undefeated streaks.

Over the course of his athletics career, Lewis broke ten seconds for the 100 metres 15 times and 20 seconds for the 200 metres 10 times. Not surprising that the International Olympic Committee voted Carl ‘Sportsman of the Century’, the International Association of Athletics Federations elected him ‘World Athlete of the Century’, and the American sports magazine Sports Illustrated named him ‘Olympian of the Century’. He is truly one of the most renowned Olympians of all time.

The sporting great announced his retirement from competitive sport after the 1996 Olympics. Carl’s work off the track helped give track and field its current professional status, enabling athletes to have more rewarding and longer-lasting careers in the sport.

Since his retirement, he has devoted his time to charity through the Carl Lewis Foundation, which he founded to support different charities including the College Fund (formerly known as the United Negro College Fund), The Wendy Marx Foundation (for organ donor awareness) and the UNCF Walkathon in Houston.