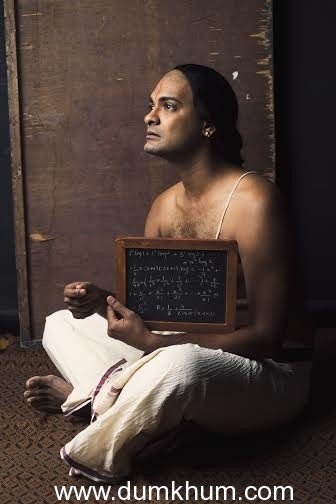 Camphor Cinema’, independent film Production Company and producers of English- Tamil biopic ‘Ramanujan’ signs on with Von Ryans Entertainment for the international distribution of English film ‘Ramanujan’.  This is the first time an Indian produced English film is being taken to Hollywood. The film is likely to be unveiled at one of the most awaited international film festivals ‘The Toronto International Film Festival’ that runs from September 4 to 14, 2014, wherein the festival has provided successful platforms to independent global Cinema with Southeast Asian inspiration such as Deepa Mehta’s Midnight’s Children,  Mira Nair’s ‘The Reluctant Fundamentalist’ among others.

On this occasion, Von Ryans Entertainment says, “We are very happy and excited on taking on the international distribution for the English film – Ramanujan.  This film is close to our heart since it is the story of a Great Indian Mathematician and we take pride in taking this Film to the West.  We plan to showcase the Film to various International film festivals”

With the recent release of the Tamil film ‘Ramanujan’ having received an exceptional response from both critics and the audience in the South, Camphor Cinema joins hands with Von Ryans Entertainment for the international release of the English. The ever growing population of Indians globally and their increasing love for Indian films have led to this association for the English film to showcase it internationally and then nationally.

Talking about the alliance for the English film, Camphor Cinema says, “Our film tells Ramanujan’s story from an Indian perspective. It demonstrates how the mathematical genius suffered in India to gain recognition, and traces his journey from India to England in search of his destiny. With an award-winning cast and crew, we have made the film as authentically as possible. We are extremely delighted to announce our association with Von Ryans. Through our alliance, we look forward to showcasing Ramanujan’s story to the world. We’re confident the film will be a great success.”

The English film ‘Ramanujan’ is a tribute to the unsung hero ‘Srinivasa Ramanujan’, which tracks the journey of the ace mathematician from Kumbakonam to Cambridge- his struggle to overcome the supercilious indifference of his peers and the Indian Academia and how his self-belief and Prof. Hardy’s help lead him to become a Fellow of the Royal Society. Extensively researched by the screenwriter and director, Gnana Rajasekaran, the film aims to establish the authentic life story and achievements of Ramanujan. It was produced and shot simultaneously in both languages – English and Tamil.

Von Ryans Entertainment Pte Ltd is a company formed under the Laws of Singapore with an objective to make investments in Global Media Properties and aims at distributing content globally.